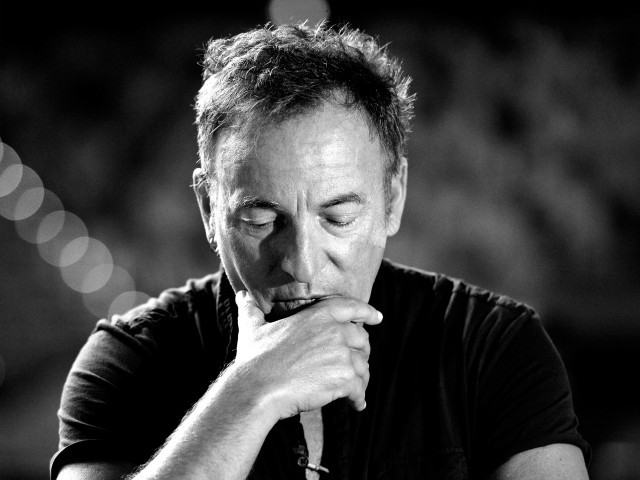 Rock legend Bruce Springsteen railed against President Donald Trump in a new interview, accusing him of spreading a fear that’s making America more toxic than ever.

Bruce Springsteen told Esquire that President Trump “has no interest in uniting the country” and “actually has an interest in doing the opposite and dividing us, which he does on an almost daily basis.”

“So that’s simply a crime against humanity, as far as I’m concerned,” the Grammy-winner continued. “It’s an awful, awful message to send out into the world if you’re in that job and in that position. It’s just an ugly, awful message. You are intentionally trying to disenfranchise a large portion of Americans. I mean, you are simply . . . that’s unforgivable.”

The Born To Run singer also knocked the president for the “alt-right,” and said that Trump was “more than happy to play into and to play to.”

“So these are folks who are invested in denying the idea of a united America and an America for all. It’s a critical moment. This has come so far to the surface, and it’s so toxic,” Springsteen said. “And it appears to have a grip . . . and to be so powerful…in a lot of people’s lives at the moment. It’s a scary moment for any conscientious American, I think.”

The 69-year-old rocker also told the magazine that “a lot of what’s going on has been a large group of people frightened by the changing face of the nation.”

“There seems to be an awful lot of fear,” he also said. “The founding fathers were pretty good at confronting their fears and the fears of the country. And it’s the old cliché where geniuses built the system so an idiot could run it. We are completely testing that theory at this very moment. I do believe we’ll survive Trump. But I don’t know if I see a unifying figure on the horizon.”

The legendary New Jersey native campaigned for Hillary Clinton in 2016 before the election, warning Trump that he was “going down” just one day before Trump won the election.

Since the Inauguration, Springsteen hasn’t warmed up to the president at all, and earlier this year bemoaned the “battle for the soul of our nation” that is apparently happening under Trump.