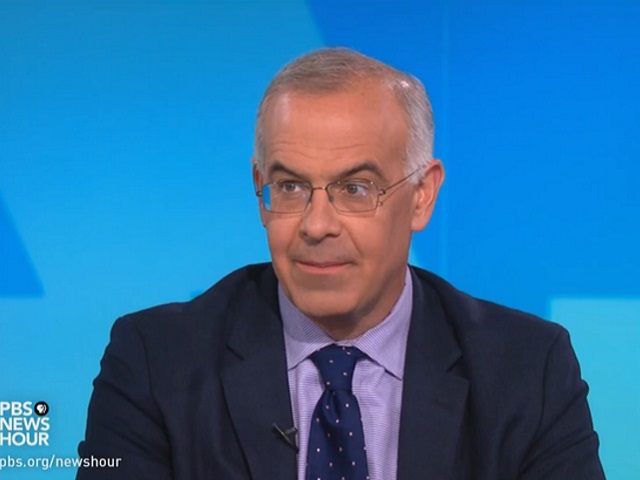 On Friday’s “PBS NewsHour,” New York Times columnist David Brooks stated President Trump’s video ad was “pretty straight-up racist” and that the president is telling people that the GOP’s message is built “on a lot of bigotry.”

Host Judy Woodruff asked if the president’s messaging on immigration is “a successful strategy on his part?”

Brooks responded, “Yeah, releasing a pretty straight-up racist video ad. So, it’s a surprising strategy. The guy is sitting on the best economy of our lifetime, potentially. Wages are going up, even for those at the bottom of the skill set scale. So, he could have a very good story to tell, hey, you may not like me, but I gave you this economy. But that is not what he’s doing. He mentions the economy, of course, but he’s closing on immigration. And it’s a big risk. And it’s basically telling a lot of people that this is the heart and soul of the Republican Party, building a wall, keeping immigrants out. And it’s a message built quite — on a lot of bigotry.”