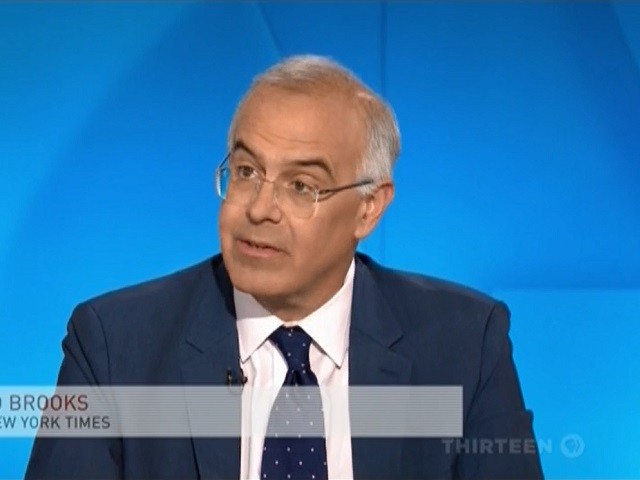 On Friday’s “PBS NewsHour,” New York Times columnist David Brooks stated that the confirmation battle over Supreme Court nominee Judge Brett Kavanaugh was “one of the most unpleasant and undignified and depressing spectacles I’ve seen covering in my career.”

Brooks said, “I would say this was most — one of the most unpleasant and undignified and depressing spectacles I’ve seen covering in my career.”

Brooks added, “[W]hat I saw in the Senate and among commentariat and in the country at large is that everybody returned to their tribal corners. If you support Democrats, you believe Ford. If you believe Republicans, you believe Kavanaugh. And you just returned your tribal corner. And, to me, the core problem is that the Supreme Court, which used to be held up above politics as a series of wise men and women who could interpret the Constitution, now, on the key issues, falls on party-line votes. It’s just another tribal institution in American life.”

He concluded, “And so, to me, it’s a depressing commentary on democracy, really.”