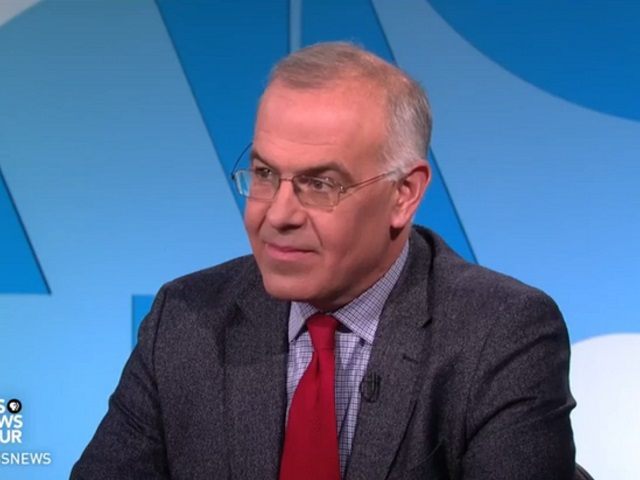 On Friday’s “PBS NewsHour,” New York Times columnist David Brooks said that while he opposes Georgia’s election law, he is concerned about corporations opposing the law and moving business out of the state because it means another institution has become political, there’s a double standard with companies that oppose Georgia’s law doing business in China, and he’s concerned about businesses with economic power using it for political purposes.

Brooks said, “I spoke very negatively, critically of the law last week, and I’m still very much against it. I worry about this. I worry about — we’ve seen one institution after another in American society get politicized, the church, the press. I worry about corporations suddenly taking political sides. I worry about boards of directors and CEOs who’ve got a lot of economic power wielding it in ways that [are] political. And so, I’m just nervous to see yet another institution get super political.”

He continued, “They just don’t do it well. Delta, Coke, Major League Baseball, they all work in China, a country now committing genocide. What standards do we hold people to? So, I’m just a little nervous about people with a lot of power wielding it in this way. I just — I’m more comfortable that we settle our differences, even if we hate the results, through politics and through persuasion and through votes and activism and trying to get people to come out to the polls. I’m just more comfortable with that as a means of social change.”