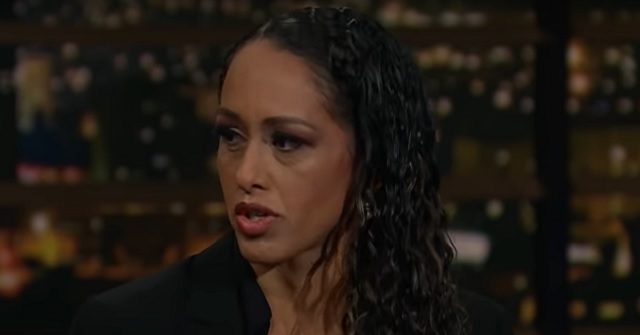 On Friday’s broadcast of HBO’s “Real Time,” former San Francisco Assistant District Attorney Brooke Jenkins argued that the criminal justice system needs to be reformed, but there is a belief that “anyone who wants order in society” should be demonized, and “If you believe that murderers should go to prison, then somehow, you are a beacon of white supremacy or you’re a racist.”

Jenkins stated, “I think we are in a culture now where radical extremism is what’s cool. And they have found it appropriate to demonize anyone who wants order in society, who wants to hold perpetrators of crime accountable in society. If you believe that murderers should go to prison, then somehow, you are a beacon of white supremacy or you’re a racist. And so, we’ve found it acceptable that if somebody disagrees with these radical beliefs, that they are the enemy of social justice.”

She added that there are reforms needed to the criminal justice system, saying, “I think we have to take advantage of when the criminal justice system has jurisdiction over someone who’s committed a crime, and if they’re a drug addict or if they have mental health issues, we have to use that jurisdiction to sort of propel them into treatment, the appropriate treatment, so that they put their lives on a better trajectory, right? If it’s a youthful offender, that we help them get vocational training, resources to get their GED, so that they don’t simply use the courthouse as a revolving door, committing further crimes.”