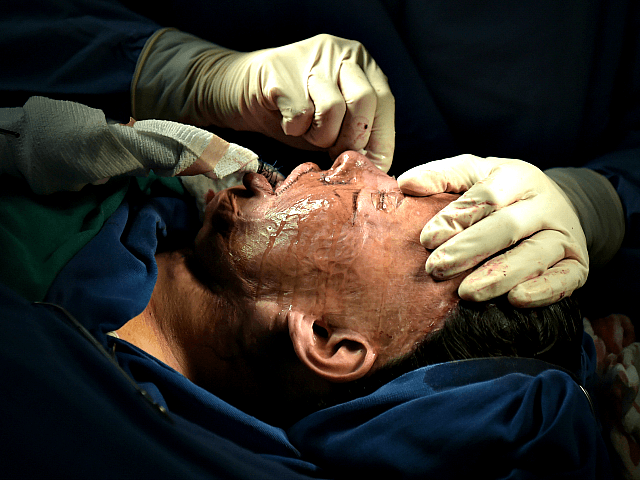 Acid attackers targetted victims including an 11-year-old child and a 72-year-old pensioner in the first few months of 2018 in Cambridgeshire, hitherto more famous for its university colleges and cathedrals than violent crime.

The handsome English county suffered a number of gruesome attacks between January and May 2018, according to Cambridgeshire Live, citing statistics uncovered through the Freedom of Information Act.

“We take acid attacks very seriously because they can often have a devastating effect on victims, particularly if they are young or otherwise vulnerable,” said a spokesman for Cambridgeshire Police — although they also claimed it was “important to note” that such attacks are “still very rare”.

This is certainly true if the numbers are compared to multicultural urban centres such as London, under Mayor Sadiq Khan, where such attacks now occur with frightening regularity — and police have even been issued with equipment designed for war zones to treat victims more efficiently.

However, the Cambridgeshire figures show nine people were victimised in the county between January and May 2018, compared to a total of 30 between 2012 and 2017 — suggesting a long-term increase in attacks.

Across the country, an average of 15 acid attacks a week are carried out, with three-quarters taking place in London.

A slim majority of acid attacks in Cambridgeshire between 2012 and 2017 were inflicted on women, which on the surface would appear to be in line with the conventional view of victims as women from non-European “honour” cultures being punished for perceived social transgressions.

The United Kingdom goes against the grain in this respect, however, with victims predominantly male and perpetrators skewing disproportionately but not exclusively non-white, and South Asians not particularly overrepresented.

Instead, acid appears to be a weapon of choice for armed robbers, home invaders, and gang members of all backgrounds in Britain’s high diversity, low social cohesion cities, being used to intimidate or disable with little concern for the serious, long-term injuries they can inflict.