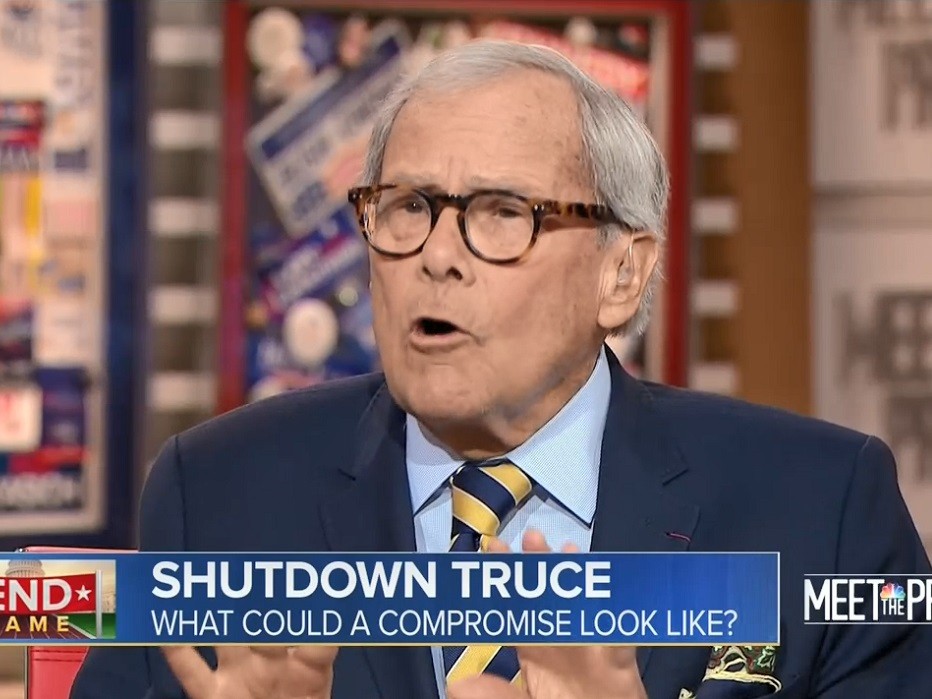 Sunday on NBC’s “Meet the Press,” former “NBC Nightly News” anchor Tom Brokaw offered theories on as to why Republicans tend to be against immigration from Latin America.

Brokaw identified politics and racial aspects, but went on to add assimilation by Hispanics was a hurdle as well.

“A lot of this, we don’t want to talk about,” Brokaw explained. “But the fact is, on the Republican side, a lot of people see the rise of an extraordinary, important, new constituent in American politics, Hispanics, who will come here and all be Democrats. Also, I hear, when I push people a little harder, ‘Well, I don’t know whether I want brown grandbabies.’ I mean, that’s also a part of it.”

“It’s the intermarriage that is going on and the cultures that are conflicting with each other,” he continued. “I also happen to believe that the Hispanics should work harder at assimilation. That’s one of the things I’ve been saying for a long time. You know, they ought not to be just codified in their communities but make sure that all their kids are learning to speak English, and that they feel comfortable in the communities. And that’s going to take outreach on both sides, frankly.”