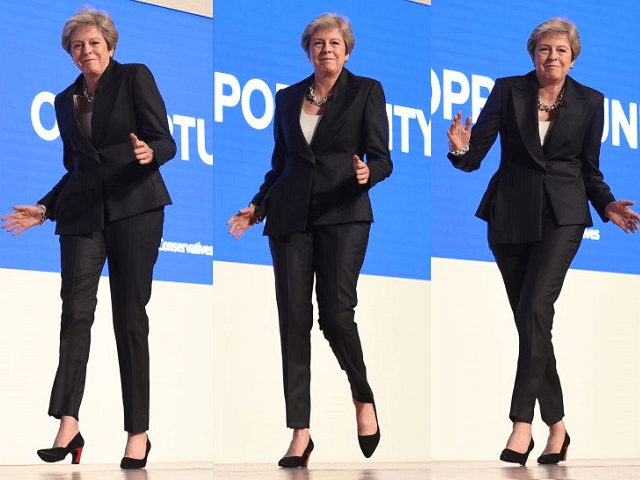 May’s leader’s speech confounded expectations in some respects with its confident delivery and refusal to engage, except lightly, in some of the key issues filling the news cycle. Instead choosing to focus on the Conservative domestic record in government, the speech was light on policy and announcements, announcing only a freeze in fuel duty, extra money for cancer treatment and extra borrowing for housebuilding.

Of the policies announced the freeze in fuel duty may be the most popular among the voting public — yet even this is no more than a continuation of a near-decade-old Conservative policy.

When the Prime Minister did speak of Brexit, it was without referring once to her Chequers soft-Brexit plan by name, a sign that she has now accepted the term has now acquired a tox status. Getting onto the subject halfway through her hour-long speech, May delivered a thinly-veiled warning to would-be leadership challengers that if the Conservative party was split now “we risk no Brexit at all.”

More broadly, rather than concentrating on the divisions within her own party, May’s speech was more focussed on the nation and landed a number of blows on the Labour party, the front bench of which the Prime Minister derided as the “Jeremy Corbyn party”.

Yet May contradicted herself at points, lambasting Labour for allowing government borrowing to spiral out of control during their time in government before announcing she would be abolishing house-building borrowing caps for local authorities just moments later.

The speech did not impress major pro-Brexit figures including Nigel Farage, who called it “politically correct beyond belief” and like “the relaunch of the [Social Democrats]”.

Present UKIP leader Gerard Batten also attacked the Prime Minister, referring to her now frequent betrayals of the spirit of Brexit and saying: “Theresa May is a Remainer who has no intention of taking us out of the European Union in any real sense whatsoever. Her strategy is to make pleasing noises yet say very little of substance, keeping the country in a holding position until her final betrayal is unveiled at the eleventh hour.”

Not for the first time in her career, @theresa_may reads out a conference speech and the conservative press back her. She will stay as leader and Brexit will continue to be betrayed.