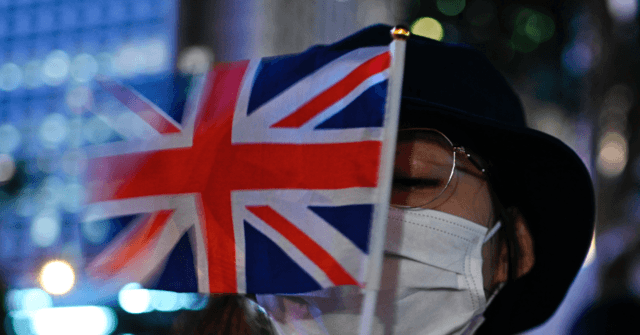 British MPs from the foreign affairs parliamentary committee plan to visit Taiwan in February in open defiance of Communist China’s demand that other nations not engage with the country.

The UK Parliament’s foreign affairs committee is planning a state visit to Taiwan in late February, following in the footsteps of politicians from several other Western nations such as the United States, Lithuania, and France – who have visited in solidarity with the island nation.

The Telegraph reports that Labour MP Chris Bryant who is on the foreign affairs committee confirmed that the committee will be “going to Taiwan in two weeks’ time”.

The UK’s move to visit Taiwan will be likely to anger Communist China, who insists Western nations adhere to the so-called ‘One China’ policy which states demands that others accept Beijing’s narrative that Taiwan is a part of the People’s Republic of China that merely needs to be “reunified” with the mainland. This is despite Taiwan having its own distinct government, culture, currency, and military, as well as the fact that the communist government never ruled over the island.

British parliamentarians have been outspoken critics of the repressive regime of the Chinese Communist Party with British MPs in April 2021 approving a motion in the House of Commons that declared there is a state-sponsored genocide occurring against the Muslim Uyghurs and other ethnic minorities in China’s Xinjiang region. Yet, Prime Minister Boris Johnson’s government abstained from the vote.

The British government has also been critical of Beijing’s suppression of pro-democracy protests in Hong Kong, which the UK has branded as a breach of the Sino-British Joint Declaration signed in 1984. The Joint Declaration is a legally binding United Nations document that was intended to protect freedom and autonomy in Hong Kong from communist rule for 50 years after the UK gave up control of its former colony to the Chinese in 1997.

Despite this, reports have emerged that the Chancellor of the Exchequer Rishi Sunak is seeking to reset relations with the CCP in order to increase economic ties. Prime Minister Boris Johnson has long sought to foster an economic relationship with the communist country and has even declared himself a “fervent Sionophile“.

The European Union nation of Lithuania has also clashed with China over the Taiwan issue over the past year after the Baltic state opened a de-facto embassy in Vilnius bearing the name ‘Taiwan’ rather than Beijing’s preferred ‘Chinese Taipei’ in November of last year.

This outraged China causing them to officially downgrade diplomatic relations with the NATO nation and also impose a blockade on Lithuanian products and materials into China – prompting the EU to launch a World Trade Organization dispute against the Chinese government.

In an exclusive interview with Breitbart London last year, Lithuanian MP Dovilė Šakalienė, who was a member of the Baltic delegation that traveled to Taiwan in November, said Lithuania will stand strong with Taiwan regardless of China’s intimidation tactics.

“We should not be intimidated by China… we should not be afraid of developing relations with another country because somebody is threatening us”, she said.

“We have been friendly with Taiwan for many years, on the parliamentary and governmental level, and I think that for all the world, or at least the free world, Hong Kong was a horrible lesson and I think that it was an eye-opener for Taiwan as well. They saw what it means to become unified with China, it means death by strangling”, Šakalienė continued.

“So we, as a small country, which is neighbored by bloody authoritarian regimes, we understand Taiwan, because, on your own, you can be easy prey”, the Lithuanian MP said.

Lithuanian MP Dovilė Šakalienė told Breitbart London that her country “does not respond well to threats… we’ve been used to threats for more than half a century (under Soviet Rule).”