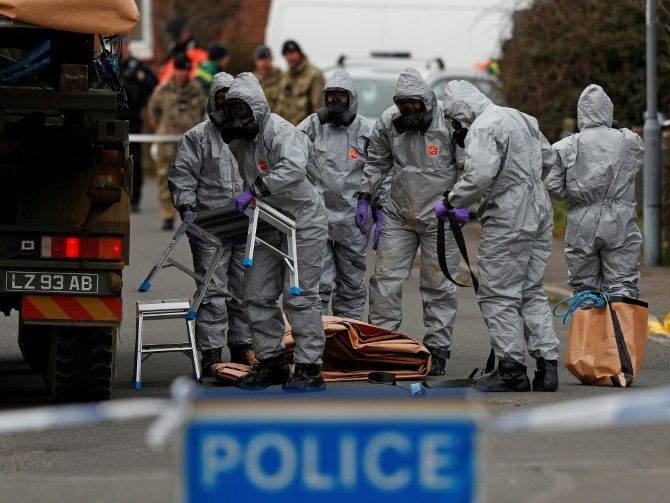 LONDON (AFP) – The head of the MI6 foreign spy agency warned Russia on Monday not to underestimate Britain’s capabilities and determination to expose malign behaviour, ahead of a rare public speech.

Alex Younger, who as head of the intelligence agency is known as “C”, will use the speech to highlight adversaries who regard themselves as being in “perpetual confrontation” with Britain.

He will say they take advantage of the “blurred line” between the cyber and physical worlds to probe Britain’s defences and institutions in a way that falls short of traditional warfare.

In extracts released by the Foreign Office ahead of the speech, he urged “Russia or any other state intent on subverting our way of life not to underestimate our determination and our capabilities, or those of our allies”.

He will note the response of London and its allies to the chemical weapons attack in Salisbury in March, which they blamed on Moscow.

There was a coordinated expulsion of Russian diplomats worldwide, while Britain revealed a dossier on how the alleged Russian spies carried out the attack, complete with CCTV.

“The era of the fourth industrial revolution calls for a fourth generation espionage: fusing our traditional human skills with accelerated innovation, new partnerships and a mindset that mobilises diversity and empowers the young,” he said in the extracts.

The speech, to students at his old university of St Andrews in Scotland, is only the second in public in the four years since Younger has been “C”.