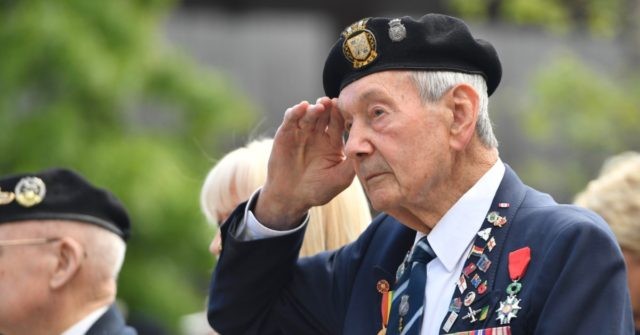 Amidst widespread criticism over the failures of Boris Johnson’s government to protect historical monuments and war memorials, ministers are considering a proposal that would impose prison sentences of up to ten years for defacing memorials to fallen soldiers.

The nation’s war memorial, the Cenotaph, and statues honouring Sir Winston Churchill amongst others have all been vandalised during Black Lives Matter protests over the past two weeks.

The government has heretofore done little to protect historical monuments — outside of London Mayor Sadiq Khan’s decision to cover statues to Churchill, George Washington, and Mahatma Gandhi in grey boxes, protecting them from leftist vandals but removing them from public view, thereby defeating the purpose of the monuments.

In response to the growing backlash over the government’s failures, Home Secretary Priti Patel, Justice Secretary Robert Buckland, and Attorney General Suella Braverman are reportedly discussing a proposal that would amend the Criminal Damage act to exempt war memorials from a clause that automatically treats acts of vandalism with damages of fewer than £5,000 as lesser offences.

The proposed change to the law would allow prison sentences of up to ten years to be imposed on those who desecrate war memorials, according to The Telegraph.

So far, 125 Conservative Members of Parliament have pledged support for the proposed Desecration of War Memorials Bill, that will come before the House of Commons on June 23rd, presented by MP for Stoke-on-Trent North Jonathan Gullis and former Army officer James Sunderland.

“At present, there is no specific law to protect these important monuments and unless £5,000 worth of damage is done, it is incredibly hard to prosecute,” explained Mr Gullis.

Separately, six members of the Blue Collar Conservatives group of MPs said in an open letter that the government “must send a clear signal that the Conservative Party is the proud party of law and order… and that it will not stand idly by as our democracy is dismantled in this way.”

“The recent protests have been dominated by criminals who are undermining the very real fight against racism by burning flags, vandalising sacred war memorials and attacking police officers and this has caused outrage in our newly won constituencies in the Midlands and the North,” the Blue Collar Conservatives said.

“It’s time for these subversive individuals to be arrested, prosecuted and punished in accordance with the law,” the group urged.

On Saturday, groups of Britons including football fans and war veterans assembled in London and cities throughout the country to stand in defence of historical monuments, following earlier failures by police to protect them. The protesters were characterised as violent ‘far-right’ thugs, the description contrasting to the media portrayal of Black Lives Matter protests the previous week as having been ‘largely peaceful‘.