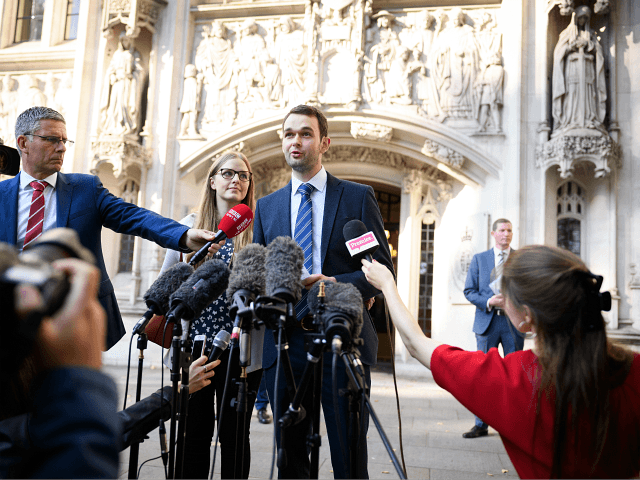 The Christian couple that recently won a Supreme Court free speech victory in the ‘gay cake’ controversy are urging their fellow Christians to “take their stand for the word of God.”

Last week, the United Kingdom’s Supreme Court ruled in favour of Ashers Baking Co, which declined to bake and decorate a cake with a pro-gay marriage message.

The court ruled that the Christian bakers had not discriminated on grounds of sexual orientation, religious belief, or political opinion in declining to decorate a cake with the message “Support Gay Marriage”.

It was not discriminatory for the bakery, run by Daniel and Amy McArthur, to refuse to produce the cake because it was the message they objected to, not the sexual orientation of the customer, the judges unanimously found.

The McArthurs gave an interview to The Christian Institute, a non-profit that assists Christians facing LGBT discrimination cases.

“I would say to other Christians to not be afraid, to take your stand for God’s word because he is so faithful and he will bring you through it,” said Amy McArthur.

“The past four years has really strengthened my faith in God, his comfort and strength and peace – for that alone it would’ve been worth it,” she added.

Amy’s husband Daniel agreed, and underscored the importance of the victory for freedom of speech.

“This judgment carries so much weight because it guarantees free speech for Christians all over the UK,” he said.

“People ask you ‘was it worth it, going through all this?’ and I answer them ‘absolutely yes’,” he said. “We knew we were doing what God wanted us to do and we believe we’ve been following his will.”

The McArthurs said that the toughest part of the ordeal has been resistance from fellow Christians, who thought they should have backed down.

“The hardest thing was when other Christians told you they thought you weren’t doing the right thing bringing it through the courts,” Daniel said.

On Wednesday, the President of the Supreme Court Lady Hale said of the decision arrived at by the five justices that the McArthurs “would have refused to make such a cake for any customer, irrespective of their sexual orientation.”

“We are grateful to the judges and especially to God,” Mr. McArthur said outside of London’s High Court following the ruling. “We are particularly pleased the Supreme Court judges emphatically accepted what we’ve said all along. We did not turn down the order because of the person who made it but because of the message itself.”

The couple found unexpected support from British gay rights activist Peter Tatchell, who agreed that the cake dispute was not a simple case of discrimination.

Tatchell said that the ruling against the bakery implied that “gay bakers could be forced by law to decorate cakes with homophobic slogans.”

“Although I strongly disagree with Ashers stance against gay marriage, that is their right in a free and democratic society,” Tatchell said.

Northern Ireland is the only part of the United Kingdom or Ireland where same-sex marriage is still illegal.