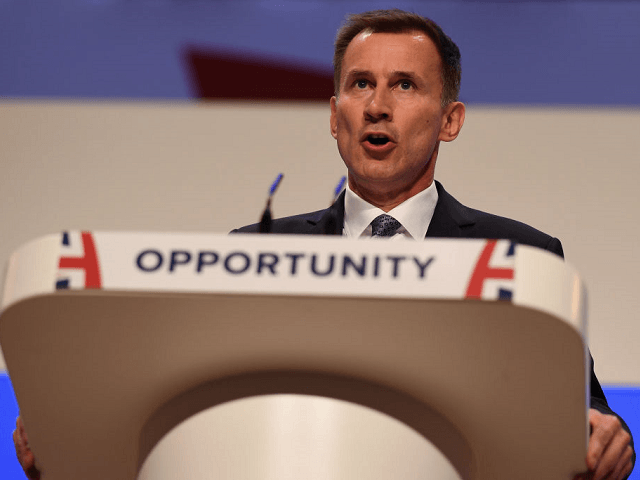 Jeremy Hunt, the British minister responsible for foreign affairs, has ruffled feathers by pointing out the punitive negotiations tactics increasingly employed by the European Union bear striking resemblances to another imperialistic power that at one time aspired to govern European nations, and punished harshly those who wished to leave.

Speaking at the Conservative Party conference Sunday, the Foreign and Commonwealth Office minister invoked the image of the Soviet Union’s brutal putdowns of popular uprisings in central and eastern European nations in the 20th century in a warning against the European Union’s increasingly anti-democratic response to the Brexit vote.

That Foreign Secretary Jeremy Hunt has chosen to clothe himself in Brexiteer clothes with his attack on the EU may surprise some, given his consistent support for a Remain vote during the Brexit referendum campaign when he was health secretary.

He offered the warning to European leaders, whose behaviour towards Britain has frequently been characterised as a desire to punish the nation for wishing to leave the EU club. Mr Hunt said:

At the moment, you European friends seem to think the way to keep the club together is to punish a member who leaves. Not just with economic disruption, but even by breaking up the United Kingdom with a border down the Irish Sea.

Now, what happened to the confidence and ideals of the European dream? The EU was set up to protect freedom. It was the Soviet Union that stopped people leaving.

The lesson from history is clear: if you turn the EU club into a prison, the desire to get out of it won’t diminish, it will grow, and we won’t be the only prisoner that will want to escape.

Hunt, the chief of Britain’s diplomatic service, also appeared to invoke the Second World War and the Cold War, when he warned that Europe rejecting a Britain that had fought and stood against first Fascism and then Communism on the continent could have consequences.

He told Conservative members in a message clearly aimed at European leaders: “If you reject the hand of friendship offered by our Prime Minister, you turn your back on the partnership that has given Europe more security, more freedom, more prosperity, more opportunities than ever before in our history.

Comparing the European Union to the presumably broadly loathed Union of Soviet Socialist Republics has invited inevitable scorn from both the European leaders Jeremy Hunt may have been seeking to address, as well as European Union loyalists within the UK.

Hunt’s remarks follow similar ones by former UKIP leader Nigel Farage, who has compared the EU to the Soviet Union on several occasions. In 2011, Mr Farage was booed in the European Parliament when he damned the EU with faint praise when he asked whether the EU was not quite as bad as the USSR.

In 2017, he made the comparison again when he noted the EU’s ongoing punishment of former Soviet Bloc satellite states Poland and Hungary, for their refusal to toe the EU line on mass migration.