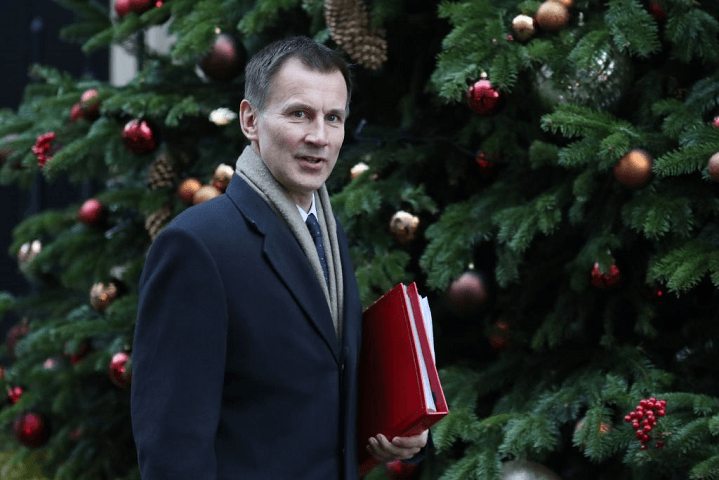 One of the United Kingdom’s most senior lawmakers has warned cancelling Brexit or having a second referendum could lead the nation into “social instability”.

Foreign Secretary Jeremy Hunt — a convinced Remainer who is now working to support the Prime Minister’s so-called Brexit deal despite apparent misgivings initially — spoke in the context of massive social unrest in otherwise stable democracy France when he said he couldn’t “rule out” unrest in Britain if there was not a Brexit in some form.

Noting there was a fundamental disconnect between the settled opinion of the political class in Parliament, who like Hunt himself are predominantly pro-Remain, and the rest of the country, the senior Cabinet minister told The Times there was even a risk the nation’s leaders stood to lose their legitimacy.

Speaking of events in the early 20th century when Britain’s unelected House of Lords opposed a radical, populist budget but ended up being defeated and having their power effectively stripped from them forever, Hunt said: “The difficulty we have got is we have a consensus view in Parliament which is different to the consensus view in the country.

“We all believe in parliamentary democracy, but we have to be careful — just like how the House of Lords is always careful about how it uses its power — because it doesn’t want to risk the legitimacy of that power.

“We’ve got to be very careful, in Parliament, not to get out of step with where the public are on Brexit… and that is a fundamental thing.”

“…in 2016 we had a people’s vote. For anybody even to suggest that another referendum would be the people’s vote because the last one was not is totally and wholly fraudulent. It is ridiculous”. Well said, @nigelmp. pic.twitter.com/6JGtWxdo87

If the establishment, which Hunt described as being out of tune with the British people, pushed to cancel Brexit, there could be consequences.

“For me as someone who voted Remain, my view is we will not have social stability in this country if we end with a solution that doesn’t mean that we have parliamentary control of immigration policy,” he warned.

“I’ve always thought that cleanly leaving the EU and then having the friendliest possible relations [with the EU] is the only way to settle this issue… The deepest fears of the Brexiteers are that we don’t get proper control of fundamental issues like immigration that people can influence through their vote at a general election.”

Clearly throwing cover for his boss on this important subject, Prime Minister Theresa May, Hunt used the interview to insist she has been “consistently been very Hawkish” on immigration — despite all evidence to the contrary.

The sudden and dramatic riots seen in France over the past three weekends and expected to continue into this weekend that were triggered by a rise in fuel tax — to a politician’s eye a move much less fundamental and emotive than a Brexit betrayal — may have sharpened minds in Westminster over the potential fallout of politicians denying the referendum.

Making a perhaps mild understatement, Hunt conceded that a second referendum could leave many in Britain “incredibly angry.”

“If we were, for example, to have another referendum overturn the results of the first referendum, let’s say the results were exactly reversed so that this time it was 48 per cent Leave, 52 per cent Remain,” he suggested.

“You’d have 48 per cent of the country who had voted to Leave twice. They would be incredibly angry and I wouldn’t rule out real social instability in this country.

“And that’s why I think what we have to do as parliamentarians is not just think about what our own views on Brexit are, but we have to think what is the solution that is going to bring the country together.”

Despite being an enthusiastic Remainer and Tory centrist, Hunt has a record of occasionally making unexpectedly outspoken remarks on the European Union.

Breitbart London reported in October on the Foreign Secretary ruffling feathers by comparing the European Union’s handling of the Brexit process to the Soviet Union, accusing the bloc of “clubbing together… to punish a member who leaves.”

The comments inevitably caused anger, with retired senior civil servants — who skew very much in favour of the European Union — calling the remarks “rubbish” and a “shocking failure”.