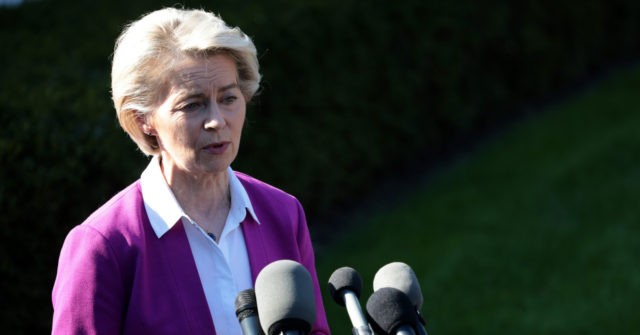 The European Union has announced new plans to combat its reliance on foreign bodies — such as Communist China — in regards to microchip manufacturing, including pumping an extra €15 billion into the essential sector.

An extra €15 billion Euro has been earmarked for semiconductor chip manufacturing by the European Commission as part of plans to reduce the EU’s reliance on foreign powers — such as Communist China — in the area.

Europe’s announcement comes as Taiwan — which holds 63 per cent of the world’s semiconductor manufacturing market share — has been granted access to US PATRIOT missile technology as tensions mount over a potential invasion from Communist China.

According to a report by The Irish Times, the European Commission is to ease funding rules regarding “innovative” semiconductor plants, while also using the new European Chips Act to “enable €15 billion in additional public and private investment” to enter the sector by 2030.

“This will come on top of €30 billion of public investments already planned from NextGenerationEU, Horizon Europe and national budgets,” the Irish broadsheet reports EU Commission President Ursula von der Leyen as saying. “And these funds are set to be matched by further long-term private investments.”

“The European Chips Act will be a game-changer for the global competitiveness of Europe’s single market,” the commission website also notes von der Leyen as saying. “In the short term, it will increase our resilience to future crises, by enabling us to anticipate and avoid supply chain disruptions. And in the mid-term, it will help make Europe an industrial leader in this strategic branch.”

Also planned by the commission is the implementation of a so-called “toolbox for monitoring and mitigating disruptions in the chips ecosystem” in the hopes that it will allow EU member states to pool resources in order to better deal with future threats to the international microchip supply.

President von der Leyen also expressed a desire for Europe to become a leader in the semiconductor market, with Politico reporting that the commission had already set itself the goal of gaining at least 20 per cent of the global market share in the sector by 2030.

It comes as the world faces a massive shortage in microchips, with production of the essential component hitting a massive speed-bump as a result of the pandemic.

Semiconductor supply has so-far struggled to keep up with now-renewed customer demand, an issue which has only been compounded by fears of a possible Chinese invasion of Taiwan — with the small island alone responsible for 63 per cent of the global market share in the sector, with China controlling a further six per cent.

However, this reliance on China as well as other foreign territories may soon be decreasing for both the US and Europe.

On top of the funds already committed by the EU in European semiconductor manufacturing, Taiwan has announced a $200 million investment plan for Lithuania, which has recently become embroiled in a diplomatic feud with Communist China over the recognition of the statehood of the democratic island nation.

Although cooperation regarding microchip manufacturing would require substantially more funds than what has already been set aside by Taiwan, a diplomat for the country said that they were not ruling out a partnership with Vilnius regarding a potential plant.

Meanwhile, in the United States, Intel has announced a $20 billion investment plan for a semiconductor factory in Ohio.

According to the company’s CEO, Pat Gelsinger, the planned chip manufacturing plant is expected to become “the largest silicon manufacturing location on the planet”, with the potential to expand to over 2,000 acres.