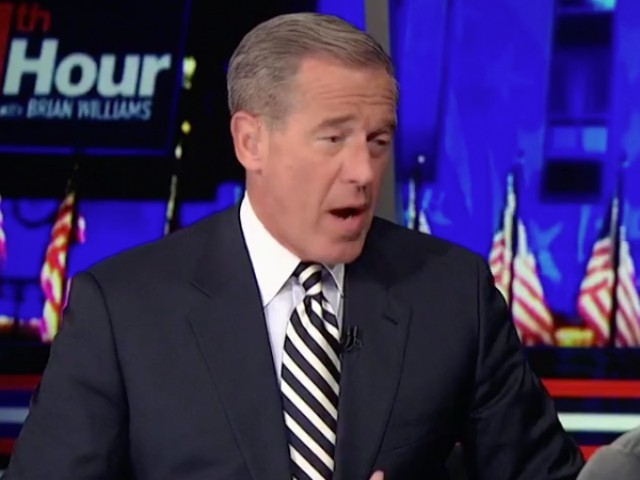 MSNBC’s “The 11th Hour” host Brian Williams said Thursday that it was “impossible” to listen to the eulogies at George H.W. Bush’s funeral and not see it as a “comparison” to President Donald Trump.

“When the reading started it is said he did not participate in the service at all. Then there was, just his–the way he carried himself while seated,” Brian Williams said, describing Trump’s behavior at the funeral service for George H.W. Bush at the National Cathedral in Washington this week.

This shot at the President comes as many in the establishment media have been using the funeral of Bush to make a point about Trump, even though the president praised Bush and did not do anything out of the ordinary for presidents.

Late night host Stephen Colbert praised Bush for his service in World War II, then said, “The closest our current president has gotten to a submarine is a five-dollar footlong.”