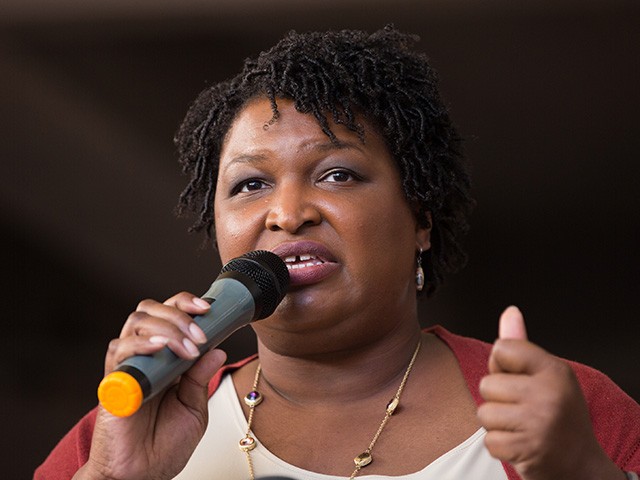 “Stacey Abrams’ antics are a disgrace to democracy and completely ignore the will of the people,” campaign communications director Ryan Mahoney said in a statement. “Georgia voters have spoken. It’s time for Abrams to listen and concede immediately.”

“This is not how America works. Brian Kemp earned a clear victory on Tuesday night and holds a sizable lead as remaining provisional and military ballots are counted,” the statement continued. Further, Kemp’s camp said it is currently “mathematically impossible for Abrams to force a runoff or win.”

With 100 percent of precincts tallied, the Republican leads Abrams by 62,709 votes. Despite Kemp’s sizeable lead, Abrams refuses to concede until every ballot is accounted for. Abrams’ camp claims there is no reason to give up on the race just yet, arguing the outstanding total of untallied votes could trigger a runoff election. Said election would take place on December 4.

In response to Kemp’s criticism, the Democrat candidate posted a statement to Instagram, saying she is refusing to throw in the towel because she is “fighting to make sure our democracy works.”

“I am fighting to make sure our democracy works for and represents everyone who has ever put their faith in it,” Abrams wrote. “I am fighting for every Georgian who cast a ballot with the promise that their vote would count.”

“Make no mistake: Our democracy should work for all of us, regardless of political leanings, race, income, or region. Voting is a right, not a privilege,” she continued. “It is fundamental to our democracy and to our Georgia, and I will fight every single day until our government – a government of the people, by the people, and for the people – works for all of us.”