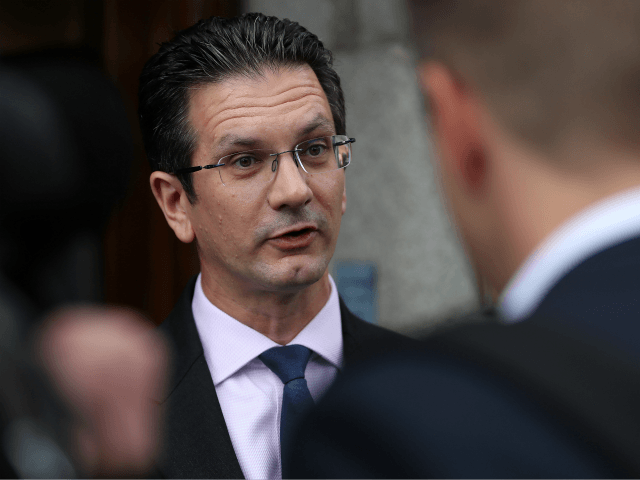 Steve Baker MP has called for Theresa May to sack her senior EU advisers for conspiring to tie the UK indefinitely to a customs union with the bloc, singling out top civil servant Olly Robbins.

“The disaster of this cabinet meeting and this ludicrous policy arises because special advisers and officials have been circumventing ministers who do have a clear understanding of what needs to be done,” Mr Baker, pictured, said, according to The Times.

The former Brexit minister also called for the prime minister’s EU advisers Ed de Minckwitz and Denzil Davidson to be fired as he claimed they ignored the advice of Cabinet ministers, as well as the dismissal of May’s chief of staff Gavin Barwell and her chief spin doctor Robbie Gibb.

“We have the potential for a political catastrophe because of certain people in No 10 wielding power without accountability who are going to have to have to be sacked for the prime minister to stay after this debacle,” the vice chairman of the European Research Group (ERG) said.

Ministers and Brexiteers are rejecting en masse May’s draft Brexit agreement with the bloc, which through its backstop plan to prevent a so-called hard border between Northern Ireland and the Republic of Ireland could lock the UK into regulatory alignment with the EU indefinitely.

WATCH | Mark Francois explains how Britain has been stitched-up by pro-EU civil servants, who never accepted the will of the people and negotiated this treasonous deal with Brussels.

Former Brexit secretary Dominic Raab also singled out May’s lead civil servant in an interview with The Times, though criticising him in less direct terms. With Robbins being given such latitude by May, and rumours that May seeks the guidance of the Civil Service over that of her last two Brexit secretaries, Robbins did not deliver on the instructions of the Cabinet.

“It’s not clear to me how the economic partnership reflected in the outline political declaration is consistent with the mandate the cabinet gave the technical team,” Mr Raab said. “The crucial decisions must be taken by the ministers who can be held to account for it.”

Asked whether he thought Robbins had misled him before he saw the final agreement last week, Raab said: “I think misled is probably too strong a word. I don’t ever like to attribute bad faith to anyone, it’s not my style of politics. But there is clearly a gap of ministerial oversight in relation to this rather important end of the deal.”

Member of the ERG Mark Francois, who is calling for a party vote of no confidence in May, was blunt in pointing the finger at Robbins.

“The withdrawal agreement was negotiated from the British side by a small group of extremely pro-EU senior civil servants, working in Downing Street in the Cabinet Office, and reporting to the prime minister,” Mr Francois said Sunday on Sky News.

“They are led by a man called Olly Robbins, who the public have never heard of but who has had tremendous influence over the future of this country.

“Those senior civil servants have never accepted the result of the referendum. They have always thought the British people were wrong, or daft, so they have negotiated the withdrawal agreement in such a way that we effectively remain with the European Union.”

Mr Francois went on to quote arch Europhile and former Labour prime minister Tony Blair, who recently praised Robbins for misleading ministers over the soft Brexit Chequers plan, the forerunner to the current agreement, and the skills of deception by deep state civil servants:

“I take my hat off to Olly Robbins, Olly is a very skilled guy, the elaborate camouflage of all the different points is a tribute to the skill of the British civil service, I say that sincerely,” Mr Blair said.