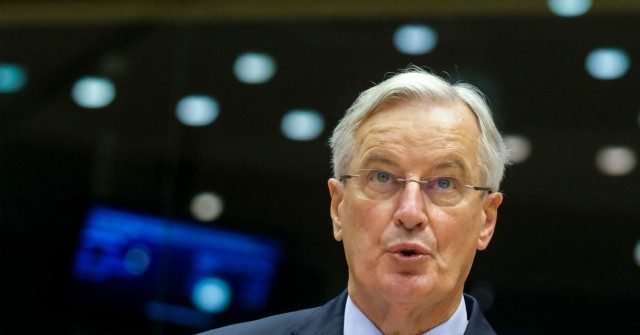 Negotiations between the UK and EU recommenced on Thursday less than one week after Prime Minister Boris Johnson announced talks had been a failure and told the nation to prepare for a no-deal, clean-break Brexit.

On Friday, the prime minister’s office had gone as far as telling Brussels’ chief negotiator Michel Barnier not to bother coming to London this week to continue trade talks, after Johnson’s deadline of October 15th came and went without significant progress towards signing a free trade agreement. The UK said that negotiations could only recommence if there was a substantial change to Brussels’ position.

For months, the EU has expected the UK to be the only partner in talks to compromise, with the bloc insisting on continued access to Britain’s fishing waters and agreement to anti-competition rules.

There appeared to be movement on the EU’s side, however, when Mr Barnier told the European Parliament on Wednesday: “We will seek the necessary compromises on both sides. In order to do our utmost to reach an agreement, we will do so right up until the last day that it’s possible to do so.”

“We want a deal that will be mutually beneficial to both parties in respect of the autonomy and sovereignty of both sides. A deal reflecting a balanced compromise.

“An agreement is within reach.”

The UK’s negotiator Lord David Frost said in response that “a basis for negotiations with the EU and Michel Barnier has been re-established”.

A British source told The Telegraph that Barnier’s comments represented a “significant change” in the bloc’s position, saying it was possible that a deal could be struck in “two to three weeks”.

Negotiations between London and Brussels will take place daily, including on weekends. A spokesman for the prime minister clarified that while the remarks were an opening for negotiations, “it is clear that significant gaps remain between our positions in the most difficult areas, but we are ready, with the EU, to see if it is possible to bridge them in intensive talks.

“As both sides have made clear, it takes two to reach an agreement. It is entirely possible that negotiations will not succeed. If so, the UK will end the transition period on Australia terms and will prosper in doing so.”

‘Australia terms’ refers to no trade deal, but individual agreements to facilitate trade.

France, which benefits significantly from access to Britain’s lucrative territorial fishing waters, remains a likely barrier to an FTA that would ensure the UK regains full sovereignty. A senior French official suggested that he believed that Boris Johnson was bluffing about a no deal, telling The Guardian that “if the UK would really not care about having a new deal, it would have left the table long ago, frankly,” adding that as a result, “I don’t think we should be too afraid of UK tactics”.

The UK government has continued preparing the groundwork for a no deal, having signed a temporary continuation of trade deal with Norway in case the UK leaves the EU’s institutions at the end of the transition period on January 1st, 2021, without an FTA. While not a member of the European Union, Norway belongs to the European Economic Area and therefore the EU’s Single Market.

Brexit Party leader Nigel Farage has predicted that there will be a deal based on a compromise –the French will “give a little on fishing” and Britain will “promise to keep broadly but not directly aligned to EU state aid rules” — but warned any new EU treaty based on the Withdrawal Agreement would come back to “haunt” the UK.