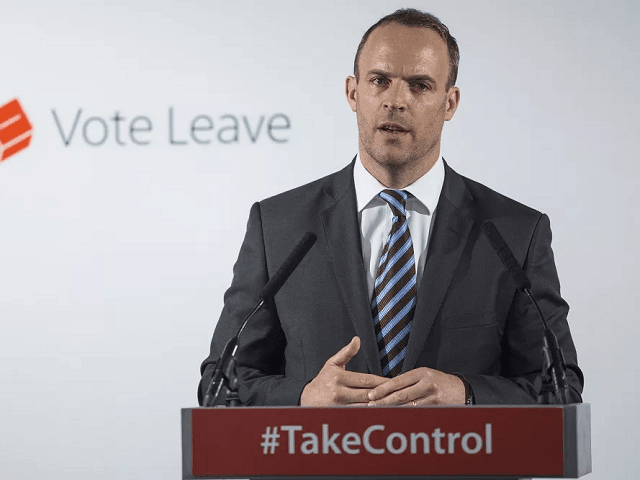 David Davis’s successor as Brexit Secretary, Dominic Raab, claims some in the EU want Britain “penalised” — but warns the country will not “crawl” for a deal.

“If you walk around the corridors in Brussels, you hear all sorts of mutterings about how the UK must be ­penalised for leaving the EU, and the politicisation of Northern ­Ireland is part of that,” the Tory MP told The Sun, echoing similar comments by Boris Johnson, a possible rival for Theresa May’s premiership who Raab once backed as Tory leader.

“There are some out there in the [European] Commission who see it as a lever beyond the substantive issue [of maintaining a customs-free border],” he explained.

“There is no doubt there is a substantive issue about how we avoid a return to the hard border, but it has been magnified by those seeking to rely on it for political ends.”

Raab warned, however, that the EU could not demand any price from Britain in exchange for a formal agreement, indicating that he was prepared to accept a ‘No Deal’ Brexit if Brussels would not put forward a constructive offer.

“We are not going to get on our hands and knees and crawl back cap in hand for this deal. We are going to extend the arm of friendship, and see if it is reciprocated.”

Raab’s claim that there are some in the EU lines up with statements made by some EU leaders, with the chairman of Poland’s ruling Law and Justice Party (PiS), Jarosław Kaczyński, having previously revealed that the EU is essentially divided into two camps: one in favour of a deep and comprehensive trade agreement with the EU, and the other in favour of trying to make an example of Britain, to try and discourage other member-states from walking away from the struggling bloc — even if it means hurting EU citizens.