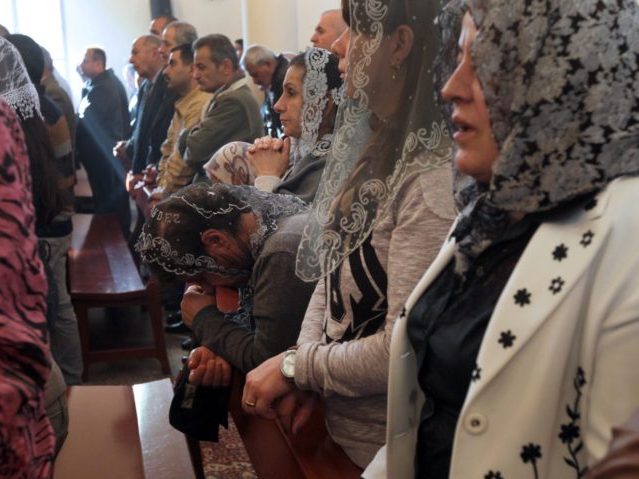 Our Christian brothers and sisters are under attack.

Global persecution against Christ-followers is at an all-time high. In fact, some scholars estimate more Christians have been martyred in the past 100 years than in every previous century combined!

Most of us have had to sacrifice very little for our faith. But men and women in places like North Korea, Nigeria, and China are being asked to sacrifice all — even their lives. The least we can do is help them.

They desperately need our prayers. And with International Day of Prayer for the Persecuted Church coming up on Nov. 4, there is no better time to pray.

Nasim is a good example of a persecuted brother or sister you can pray for today. One of our staff members met him this year, and his story is shocking. I have changed his name to protect his identity because he has been through worse persecution than you or I can even imagine.

Nasim was beaten, left for dead, and unjustly arrested … all because he is a Christian.

You see, Nasim was a taxi driver in Iraq. He discovered one of his regular customers had converted from Islam to Christianity. Eager to help this new sister in Christ grow in her faith, Nasim gave her his own Bible.

But her family found it … and saw Nasim’s name engraved on the cover.

The girl’s family was furious! They called Nasim, pretending to be customers who needed a taxi in a remote, deserted part of town. When he arrived, they stabbed him over and over and left him there to die.

A Good Samaritan found Nasim and brought him to the hospital. He needed 22 stitches to close his wounds — all without painkillers because he couldn’t afford them.

But Nasim’s troubles weren’t over yet. When the girl’s family heard he was still alive, they bribed the police to arrest him on false accusations. Nasim didn’t have money to pay for a lawyer or post bail, so he remained in jail for an entire year … all because he tried to share the Gospel with one person.

In a miraculous turn of events, Nasim and the girl fell in love, got married and had a child together. But their troubles were far from over.

Her family did not accept the marriage and fiercely persecuted them to the point they were forced to flee Iraq. Nasim and his wife and child eventually made it to Europe, where they are waiting to get residency papers. They still have a long journey ahead, as they will always face persecution in one form or another because of his wife’s conversion to Christianity.

For believers like Nasim, Jesus is worth any risk! They can’t help but follow Him and share the good news of salvation with others … even if it means putting their lives in danger.

You may not be asked to give your life for Jesus today. But He is calling you to lift up in prayer those who are.

When one part of the body of Christ suffers, we all suffer.

That’s why it’s so important to pray for these individuals and send urgent physical help when we can. Your prayers and support will assure them they are not alone and forgotten.

So on Nov. 4, please don’t forget Nasim and so many others like him who are suffering for the sake of Christ.

Vernon Brewer is the founder and CEO of World Help, a Christian humanitarian organization serving the physical and spiritual needs of people in impoverished communities around the world. To learn more about religious persecution in Iraq and around the world, click here.