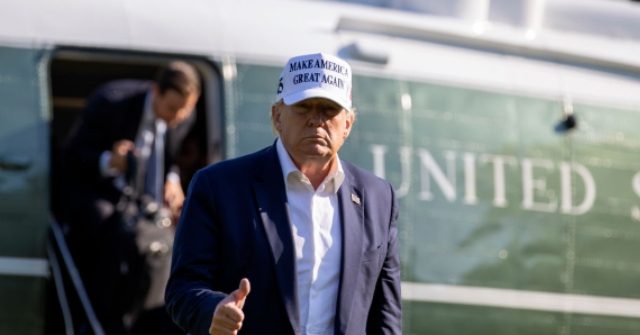 Favre, who hit the links with the president back in July, told the Washington Examiner’s Paul Bedard that he lamented the current coarseness of the political climate, but added that he has a positive view of Trump.

“I think he’s done a good job for our country. Is he perfect? By no means is he perfect. Tell me someone who is perfect other than Jesus Christ, and I’ll call you a liar,” Favre said about the president.

Favre would not call that an endorsement, but he reiterated that he thinks Trump has done an excellent job despite what the haters say.

“I’m not a rah-rah guy. I tend to keep a lot of my thoughts to myself. But I do think that he’s done a good job. Again, perfect? No, but he’s trying,” he said.

“I told all the haters out there: I would go play golf with Barack Obama had he asked me. It’s an honor. And I respect the office of the presidency of the United States of America regardless of who is in office, and consider it an extreme honor to be asked to participate in golf or any other event by the president,” Favre said.

But today, we are in a “different world” as far as politics goes, Favre said.

“People lie in wait to jump, to jump on you and have nothing better to do rather than to go out them own selves to make a positive difference not only in their community but in this country. Maybe change one person’s life in a positive way. Do something positive with yourself rather than sit there and talk negatively about whoever,” he told Bedard.

At his NJ golf club this evening, Pres Trump attended a fundraiser hosted by @AmericaFirstPAC, a SuperPAC devoted to his reelection. Earlier in the day, WH posted photo of him playing golf with Pro Football Hall of Famer Brett Favre. (WH Photo by Tia Dufour) pic.twitter.com/7797oBNU0n