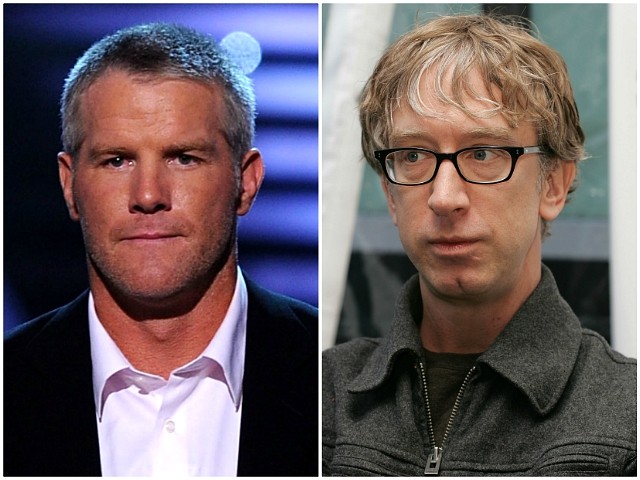 “Brett Favre here with a shoutout to the Handsome Truth and the GDL boys,” the Hall of Fame quarterback began in the short video. “You guys are patriots in my eyes. So keep waking them up and don’t let the small get you down. Keep fighting, too, and don’t ever forget the USS Liberty and the men and women who died on that day. God bless and take care.”

The other coded anti-Semitic reference — the “USS Liberty”  — relates to an incident during the 1967 Six Day War, when Israel mistakenly opened fire on a Navy technical research ship, believed to have been an Egyptian vessel, killing 34 people onboard.

Favre, who was compensated $500 to record the message, took to social media to express outrage over being tricked into spreading the slurs, telling fans he would donate the money he made off the video to charity. Favre said he was left “distressed” after being altered of the scheme pulled off by the pair of YouTubers, affirming he believed the Goyim Defense League was a veterans group. “The Cameo request from this organization is a prime example of how these groups are misusing social media to promote their agenda,” he wrote in a Facebook post.

Soulja Boy, whose real name is DeAndre Cortez Way, and Andy Dick appear to have been paid $100 to record similar videos for the group.

In a statement to BuzzFeed News, the makers behind Cameo said the recordings were deleted from the app once it became known they were coded with the conspiracy theories.

“On or about November 22nd, Cameo talent received requests that appeared to be aimed at supporting the American military,” a press representative from Cameo said. “After recording the videos Cameo learned that the request came from an anti-Semitic group and contained content that could be interpreted as anti-Semitic.”

“This was a blatant misuse of the Cameo platform and a violation of Cameo’s terms of service,” continues the statement. “Cameo immediately removed the videos from the website, requested YouTube to remove the content and created new filters to prevent this from happening in the future. The user has been banned from purchasing Cameos.”