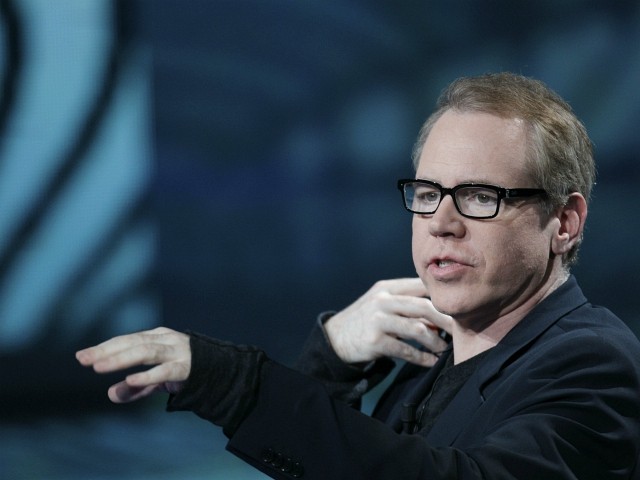 Ellis described a culture of political censorship across corporations while reflecting on ABC’s cancellation of Roseanne:

ELLIS: The thesis of [my forthcoming non-fiction] book is really about how corporate culture has aided in the silencing of individuals and the silencing of voices, and there is a kind of strict authoritarian morality that is silencing these voices.

VAN DER BEEK: For sure.

ELLIS: I got very depressed by the cancellation of Roseanne and the fact that it was cancelled over a tweet about Valerie Jarrett, who is an African-American woman who was a senior adviser to Obama. … Another dumb tweet from Roseanne, and yet this one gets her show cancelled. I don’t know if it would have four or five years ago, but certainly now, with everything so [sensitive] about race, Roseanne’s crudeness and sometimes obscene humor was always part of the package.

I thought after hearing Valerie Jarrett take the tweet in stride and kind of shrugging it off to a degree, she said that this moment was a teachable moment, and yet it really wasn’t teachable, at all. In fact, there was nothing teachable about anything. The corporation shut down the teaching moment by drastic measures.

[This is about] comedic free expression and the humor in comparing people to animals, such as Bill Maher comparing Trump to an orangutan all the time, instead of victimizing Valerie Jarrett, who is certainly no one’s victim; instead of ruining everything over this bizarre tweet.

Ellis described contemporary corporate political censorship to communism, recalling commentary offered to him by an acquaintance of his.

“I was talking to a woman who had grown up under communism, and I’ve known her for years,” recalled Ellis. “She said that the response from the corporation — she sees now here in our country — was akin to how communism worked in her culture, and that corporate culture has these strains of communistic authoritarianism to it, and how do we, as artists or as people, live under this kind of rule?”

Ellis added, “Banishment is not a teachable moment. Where is banishment going to get us? That’s not a progressive society.”

Van Der Beek lamented the “celebration” of ABC’s cancellation of Roseanne among leftists:

The celebration of cancelling a show that humanized Trump supporters, and there are a lot of them in this country, and they’re not all crazy insane people, there are a lot of crazy insane people on the left, too. The idea that there was a show for an underserved audience, where they could look at it and say, “Yes, I identify with that.” And it was a ratings smash, it blew everything out of the water. For that to be off the air is not a victory for anybody.

Looking at this landscape, right now, as a straight, white, cisgender, Christian male from a middle-class background who’s also been famous for half his life, I kind of hit the privilege apex of the triangle. There’s really nothing that can happen where I can say, “Oh, I know what that’s like.” I feel like it’s my job, right now, to listen. If someone says it’s horrific and it’s painful, I feel like any effort that I make on my part to say, “Oh, well, but It’s not that bad,” it’s misplaced. … I have to take it. I just feel like it’s my job, right now, to listen.

Ellis challenged Van Der Beek’s acceptance of the aforementioned standard. “But your white cisgender heterosexual Christian —  whatever you are — does not demand your silence. And that’s what they want. … It demands a silence.”

I thought Trump could happen. The media assured us it couldn’t have happened, but I knew people who were voting for him, and they were not racist, sexist, whatever. I knew women, I knew gay men, I wasn’t in a bubble, so it always seemed like a possibility. Out of those people, the 20 percent or so, who had voted for Obama, I knew those people would then change their votes to Trump, and I think most of them were probably Democrats. I was not sympathetic to anyone who was so shocked and upset to the degree that people were of Trump getting elected. … I am interested, however, in the reaction to Trump more than Trump himself. Trump is just a symptom of whatever, and I think has been mischaracterized and demonized all out of proportion into this blurry orange Hitlerian figure. The reaction against him, the hysteria, the Trump derangement syndrome people talk about so much is real, and it does exist.

Van Der Beek described acrimony he had observed toward Donald Trump as excessive and damaging to both “liberalism” and “progressivism”:

I’ve seen it, and it’s bad. It’s going to be really bad for liberalism [and] progressivism, for everything. I’ve seen it all over the place, and I’ve watched people on the left lose their fucking minds. … With Trump, I’ve felt it, myself. I’ve gone through the period of like, ‘Oh, wow, they did that? I’ve got to see what Colbert says about this.’ And then I just got sick of it very quickly, and I was like, ‘Wow, this is really not good.’ Everybody’s got this taste for blood, now. There are people really hoping, they can’t wait for [[Trump] to do something stupid so they can make fun of him and feel righteous and reinforce their narrative, and it’s not good for the country.

Ellis described political hostility from the left as eclipsing its counterpart on the right:

VAN DER BEEK: They did not think they could control him, and there was a moment where they were absolutely trying to get rid of him, as a candidate.

ELLIS: Yes, they were.

VAN DER BEEK: And he beat them at their own game.

ELLIS: I remember how shocked they were when it did happen, and then the next day, they were happy.

“Hollywood prides itself on diversity, but it doesn’t pride itself on diversity of thought or political ideology,” assessed Ellis. “That is a huge problem in Hollywood. … It thinks it’s so diverse, it’s so inclusive, but it really isn’t, but it’s not at all.”