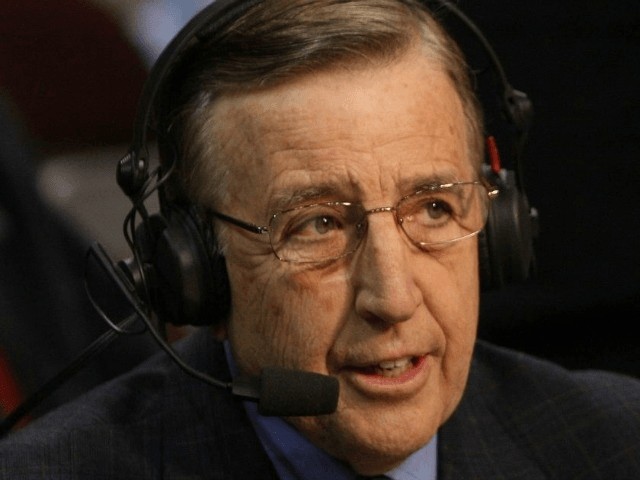 Musburger took a photo from, Trump’s speech in Montana, in which several Native American men in headdresses appear in the background. Musburger captioned the pic by saying: “Elizabeth Warren’s ‘relatives’ backing Trump in Montana!”

According to the Mercury News:

Sen. Warren (D-Mass.) claims to be of Native American descent, something that Trump and others have mocked repeatedly. Trump frequently refers to Warren as “Pocohontas.”

The tweet by Musburger brought praise and scorn for the 79-year-old radio voice of the Oakland Raiders. The team had no comment.

Twitter wasted no time in praising and attacking Musburger for his remark:

Brent you are the man

Hey Brett love VSIN but this crap will keep me from listening. Stick to point spreads.

Most announcers would be made to apologize for a tweet like Musburgers. Then again, this is Brent Musburger, and he works for the Raiders.