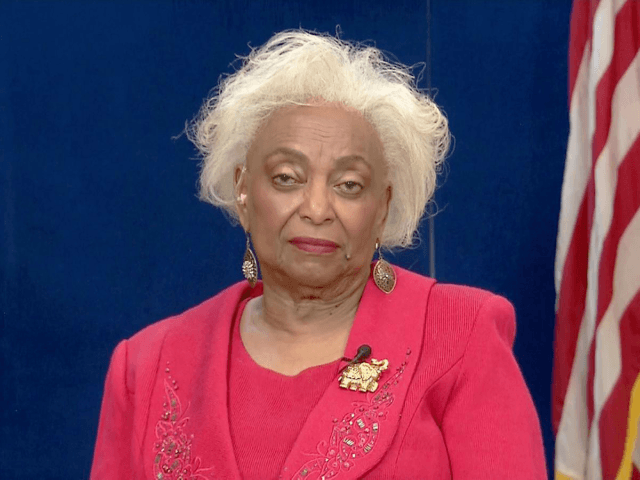 Disgraced Broward County Elections Supervisor Brenda Snipes took back her decision to resign as the county’s elections chief on Saturday after Gov. Rick Scott suspended from her duties.

Snipes’ attorney announced at a Saturday press conference that her client would be rescinding her decision to resign from the post in January and vowed she would be “fighting this to the very end.”

“We believe these actions are malicious,” said Snipes’ attorney, Burnadette Norris-Weeks, telling Broward County voters that Scott’s appointment to the post could affect the predominantly Democratic county in the 2020 elections.

Scott suspended Snipes via executive order on Friday, appointing his former general counsel, Peter Antonacci, to the post to serve out the rest of her term. Antonacci would serve until November 2020, when voters will choose Snipes’ replacement.

State law requires the Florida Senate to vote on removing or reinstating county officials if the governor decides to suspend them.

The outgoing Florida Republican governor cited her “misfeasance, incompetence, and neglect of duty” during the recount for the 2018 U.S. Senate and gubernatorial races.

The 75-year-old Broward County elections supervisor initially resigned from her position after her office came under fire for botching the vote count in the November 6 elections, specifically the recount of a tight Senate race between Scott, a Republican, and incumbent Democrat Sen. Bill Nelson (D-FL).

Broward County failed to meet the state’s deadline for turning in recount results in the midterms, misplaced thousands of ballots, and opened 205 provisional ballots before they were determined to be valid or invalid.

The disgraced elections supervisor also had a history of illegally destroying voter ballots in a 2016 Democratic primary for a congressional race between Rep. Debbie Wasserman-Schultz (D-FL) and Democratic challenger Tim Canova and had been accused of not removing dead voters from voter rolls.