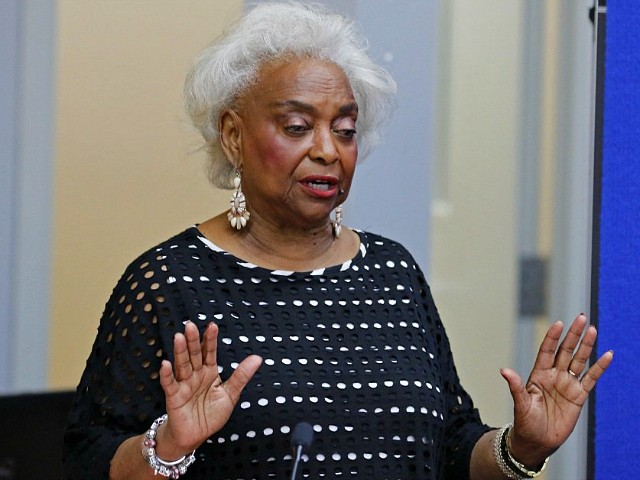 “I think I have served the purpose that I came here for, which was to provide a credible election product for our voters,” said Snipes last week during a press conference.

NBC’s local affiliate in South Florida reported: “[Brenda Snipes’s] office illegally destroyed 6,000 ballots in 2016 after they were counted but a judge ordered them to be preserved.”

Snipes was appointed by former Gov. Jeb Bush (R-FL) to supervise elections in Broward County, subsequently being re-elected since.

Broward County is described as “Democratic-leaning” by CNN and as “Florida’s biggest Democratic Stronghold” by the Washington Post.

We should also point out that Brenda Snipes in Broward County is a Republican appointed by former governor … Jeb Bush. So she was put in by a Republican governor after the mess that we all remember from 2000. And she’s hardly a Democratic official, or someone doing the bidding of the Democratic candidates there.

Snipes said of herself last week, “I have been a Democrat all my life.”