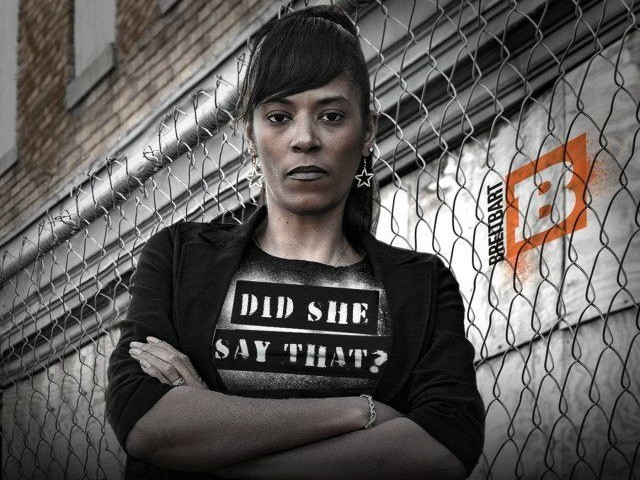 Breitbart News’s Sonnie Johnson, host of the Did She Say That podcast, discussed with Breitbart News Daily on SiriusXM on Tuesday her desire to facilitate political “generational change” among blacks. She told Alex Marlow about her scheduled participation in a Wednesday discussion panel at the Apollo Theater in New York City that will focus on the forthcoming midterm elections.

The Apollo Theater describes itself as a “partner in the projection of the African American narrative and its role in the development of American and global culture” with a focus on “contributions to the performing arts by artists of the African diaspora, in America and beyond.”

Johnson said of tomorrow’s scheduled discussion panel, “It’s everything to me. It’s everything that I’ve been working for, and it’s an excellent opportunity to open up a real conversation. … I’ve taken the time. I’ve learned my craft. I love conservatism. I love the black community, and this is the opportunity and the stage to let all those things come out.”

Johnson added, “I don’t look at it confrontationally. I don’t look at it as if I have to go in and convince people in the audience to change who they are or what they believe. I am well aware that they are very conservative. I am well aware that it is already in them. I don’t have to ask them to change anything. All I have to do is offer them a different alternative for what they already believe.”

Johnson went on, “I’ve said it before: I don’t think the conservative movement [or] Republican Party do a good job messaging to black people. I don’t think their concerns are necessarily put into consideration in some of these talking points and how the stuff is presented. I believe you can talk about race in context but not as the context. … There are  a lot of things I don’t like about the messaging coming out of the conservative movement, so what I have the opportunity to do now is present another package [and] way of looking at all of this stuff.”

Johnson stated of her upcoming co-panelists, “I’m not looking at it like it’s seven of them against me. I’m looking at it like there’s an audience of black people who have lived conservatively since the day they started putting plastic bags under their sink and using it for trash.”

“I think conservatism is the cure for the progressive disease,” Johnson said.