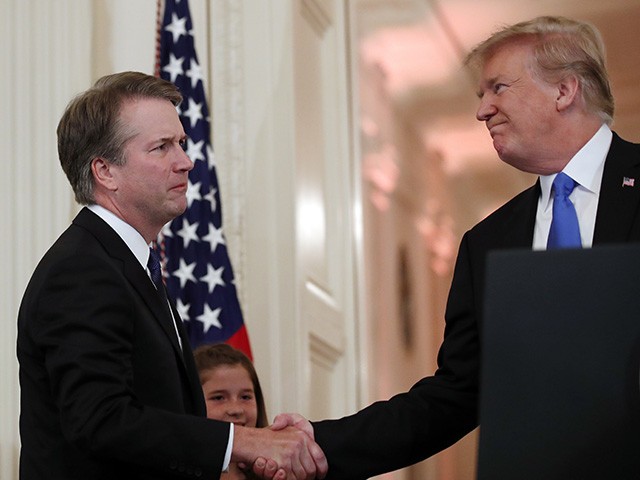 On Saturday on SiriusXM 125 the Patriot Channel, Breitbart News Washington Political Editor Matthew Boyle will host a two-part radio special in the lead-up to and in the aftermath of Judge Brett Kavanaugh’s likely confirmation to the U.S. Supreme Court.

The normal Breitbart News Saturday program will air as usual from 10:00 a.m. to 1:00 p.m. Eastern, and then, as usual on SiriusXM 125 the Patriot Channel on Saturdays, it will be followed by two hours of live programming from Breitbart News’ Sonnie Johnson, who hosts Sonnie’s Corner. After Sonnie’s Corner concludes, Boyle will return from 3:00 p.m. until at least 6:00 p.m. to host live news coverage and analysis of the Supreme Court vote.

Most importantly, as this vote is coming to a close, Boyle will take calls from listeners across the country at 866-95-PATRIOT or 866-957-2874 throughout the program.

Listeners can tune in to Breitbart News Saturday with Matthew Boyle every Saturday on SiriusXM Channel 125 the Patriot Channel from 10:00 a.m. to 1:00 p.m. Eastern.