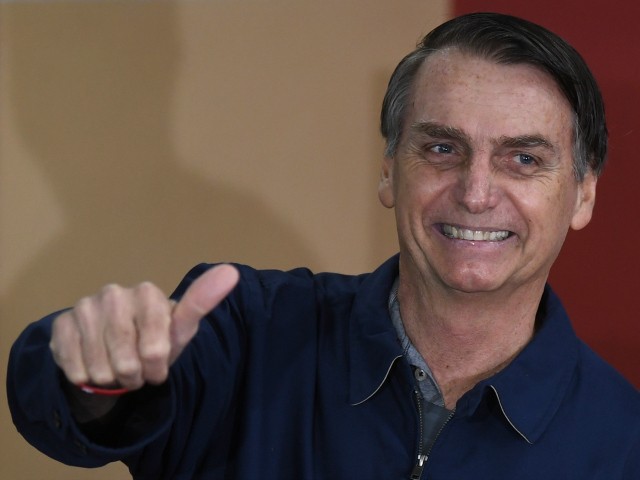 (AFP) BRASILIA, Brazil — Brazil’s president-elect Jair Bolsonaro suggested Tuesday he was prepared to make a swift U-turn over plans to move the country’s Israel embassy from Tel Aviv to Jerusalem.

Last week, Bolsonaro reiterated a campaign pledge to follow the lead of US President Donald Trump by switching the embassy from Israel’s economic and technological hub to its capital.

But on Tuesday, he reeled in his plans claiming “it hasn’t yet been decided.”

The far-right politician was responding to a question from reporters about Egypt postponing a scheduled visit from Brazil’s Foreign Minister Aloysio Nunes.

“From what I know, it’s due to a calendar problem,” Bolsonaro said during his first visit to the capital Brasilia since winning the October 28 election runoff against leftist opponent Fernando Haddad. He is due to take office on January 1.

“It would be premature for a country to take retaliatory measures against something that hasn’t yet been decided.”

Bolsonaro’s announcement of the embassy move on Thursday provoked ire in the Arab world, with a senior Palestinian official branding the move “provocative and illegal,” while a spokesman for the Hamas terror group, which controls the Gaza Strip, called it “hostile.”

Bolsonaro tried to downplay the importance of his own plans, claiming “it’s not a question of honor” but that “those who decide where the capital of Israel is, are the people, the state of Israel.”

Such a move could prove risky for Brazil, though, as it is a major exporter of hallal meat to the Arab world.

Jerusalem’s status is hotly disputed. Israel captured the eastern portion of the city, then under Jordanian control, at the end of the Six-Day War in 1967, which pitted it against Egypt, Syria and Jordan.

It later annexed that part of the city in the reunification of Jerusalem, a move that has not been internationally recognized.The Palestinians claim East Jerusalem as a the capital of a future state.

After Trump’s embassy move announcement in December, Guatemala and Paraguay followed suit, although the latter then changed its mind.