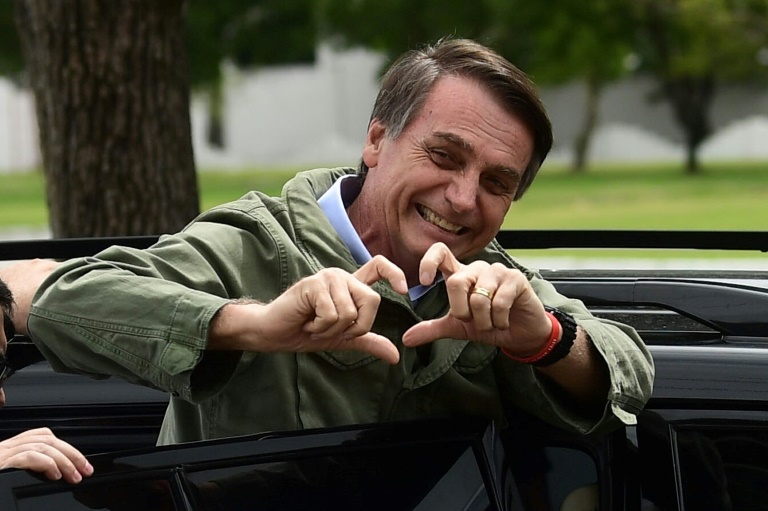 The Times of Israel reports: Brazil’s president-elect Jair Bolsonaro confirmed on Twitter Thursday that he intends to move his country’s embassy from Tel Aviv to Jerusalem.

“As previously stated during our campaign, we intend to transfer the Brazilian Embassy from Tel-Aviv to Jerusalem,” Bolsonaro wrote on Twitter. “Israel is a sovereign state and we shall duly respect that.”

Bolsonaro’s public statement confirmed his comments to Hebrew newspaper Israel Hayom on Thursday. “When I was asked during the campaign if I’d do it when I became president, I said, ‘Yes, the one who decides on the capital of Israel is you, not other nations,’” he told the paper, which is a firm backer of Prime Minister Benjamin Netanyahu.