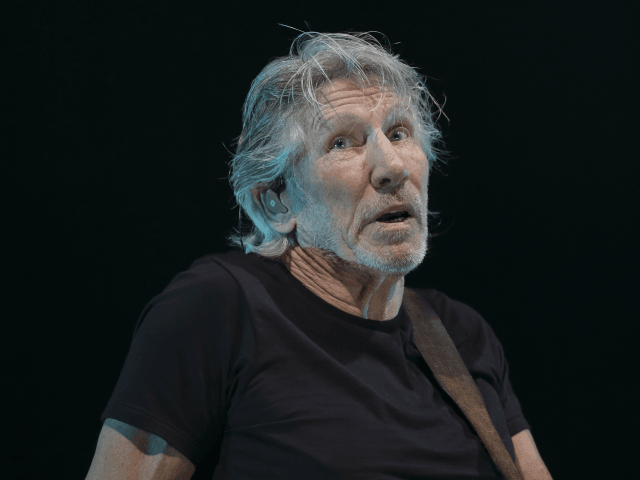 After admitting that the upcoming second round of the presidential election, where Bolsonaro will face off against socialist candidate Fernando Haddad, was none of his business, Waters said that a possible “resurgence of fascism” forced him to speak up.

“You do have a very important election coming up in three weeks’ time. So at some point you are going to have to decide who you want your next president to be,” Waters told the 45,000-strong crowd towards the end of Tuesday’s performance.

“I know it’s none of my business – except that, by and large, I am against the resurgence of fascism all over the world,” he continued. “And as a believer in human rights, and that includes the right to peaceful protest under the law, I would prefer not to live under the rules of someone who believes military dictatorship is a good thing. I remember the bad old days in South America, with the juntas of the military dictatorships and it was ugly.”

The British rock icon also took aim at Bolsonaro and other insurgent right-wing politicians, including President Donald Trump, France’s Marine Le Pen, Hungary’s Viktor Orbán, and Britain’s Nigel Farage by displaying their names on a screen with the warning: “Neo-fascism is on the rise.”

The projection also used the popular Brazilian hashtag #EleNão, meaning “Not Him,” used as a rallying cry by Bolsonaro’s opponents who fear his social conservatism and previous support for Brazil’s military dictatorship.

While a few members of the audience cheered his sentiments, videos show many in the crowd began booing the 75-year-old bassist before chanting phrases such as “Fora PT,” meaning “Workers’ Party out!” According to reports from local media, some of the “words of kindness” showered on the 75-year-old performer included: “Go fuck yourself in the arse,” “Son of a bitch” and “babaca” (“twat”).

Such a reception underlines the tense atmosphere in Brazilian politics, after Bolsonaro surpassed expectations in the first round of Brazil’s presidential election by winning 46 percent of the vote. His failure to reach 50 percent means the vote will now go to a second round against Haddad, although Bolsonaro now remains the firm favorite to clinch the presidency.

Roger Waters remains no stranger to political controversy. A staunch supporter of Palestine and critic of Israel, having repeatedly urged artist to boycott the country. He also recorded an anti-Semitic song attacking Donald Trump’s decision to recognize Jerusalem as the capital of Israel.

In Brazil, the 75-year-old rocker has upcoming shows scheduled in Brasilia, Salvador, Belo Horizonte, Rio de Janeiro, Curitiba, and Porto Alegre, meaning he has plenty more opportunities to voice his opposition to Bolsonaro before October 28th.