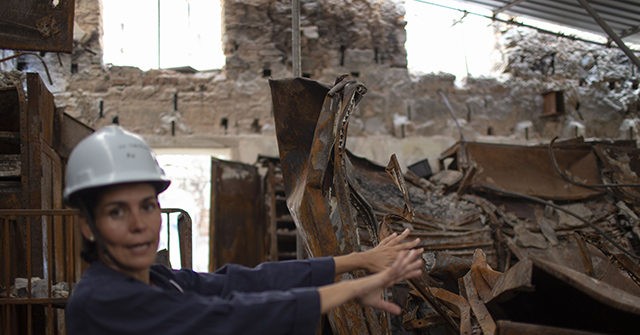 The director of Brazil’s National Museum flew to Europe on Tuesday for a two-week fundraising trip aimed at restoring the building after it was destroyed by a devastating fire last September.

The museum’s director, Alexander Keller, will travel to both Germany and France to seek funding for the museum’s reconstruction as well as for the preservation of objects that were rescued from the aftermath of the fire. They have already raised the equivalent of $280,000 in donations.

Kellner added that the museum needs at least one million reais (about $250,000) for the short term merely “to be able to breathe” before pursuing larger donations for the 200-year-old museum’s full reconstruction, estimated to cost around 100 million reais ($25 million.)

Following the blaze last September, the country’s education ministry dispensed around $2.5 million in emergency funding to preserve vital aspects of the building’s facade. However, the government has yet to release any further funds. Keller indicated that he is still waiting for a “clear signal from the [Jair] Bolsonaro government about the reconstruction of the National Museum.”

There have previously been concerns that Bolsonaro is not interested in funding the building’s reconstruction after he told reporters during his presidential campaign: “It’s already burned down, what do you want me to do about it?”

During the 1700s, the building was home to many of Brazil’s most prominent Portuguese royal families before it was eventually converted into a museum in 1818 by King of Portugal Dom João VI. Had it survived until the end of 2018, it would have been 200 years old. At the time of its destruction, it was home to 20 million artifacts of natural historical or anthropological value, many of which were not on display.

The fragility of iconic architecture was again brought sharply into focus last month after a fire ripped through the Cathedral of Notre Dame in Paris, destroying its spire and much of its interior. French President Emmanuel Macron has pledged to release funds to fully restore the Cathedral, although experts have warned such a process could take twenty years or more.

As part of his visit, Kellner will meet with representatives from German and French governments and museums, while also visiting Notre Dame to “see how the reconstruction is organized and show solidarity.”