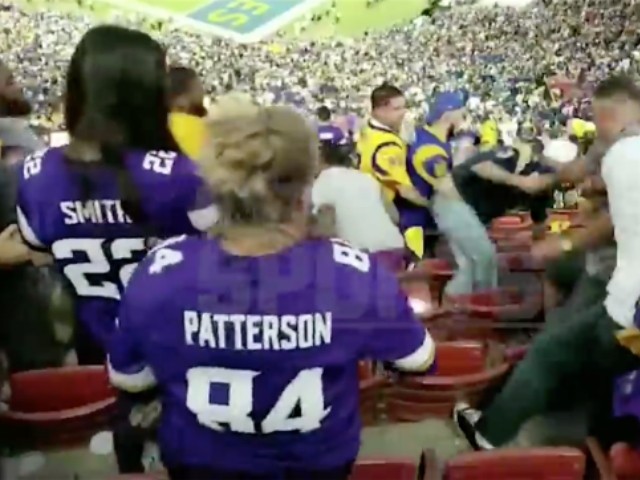 A brawl erupted in the stands at LA Memorial Coliseum for the Rams-Vikings game on Thursday that ended with several minor injuries and one fan hurdled over the bleachers a video shows.

The battle on the field was a close 38-31 final as the home team won the day, but the game brought a different sort of contest to a group of up to eight or so fans up in the stands as fists began flying, TMZ Sports reported.

It isn’t clear what started the imbroglio, but the first punch seemed to have been thrown by a Rams fan who sent a crusher to the face of a woman in a Vikings jersey. The yelling then became general as the opposing sets of fans squared off.

After a few long seconds of sharp words, another Vikings fan began laying haymakers on the offending Rams man. But the tide quickly turned when the Rams fan gave a full body toss to the Vikings fan sending him flying over at least four rows of seats.

According to TMZ, security soon intervened and tossed some of the fans out of the stadium. It was not reported if there were any arrests.