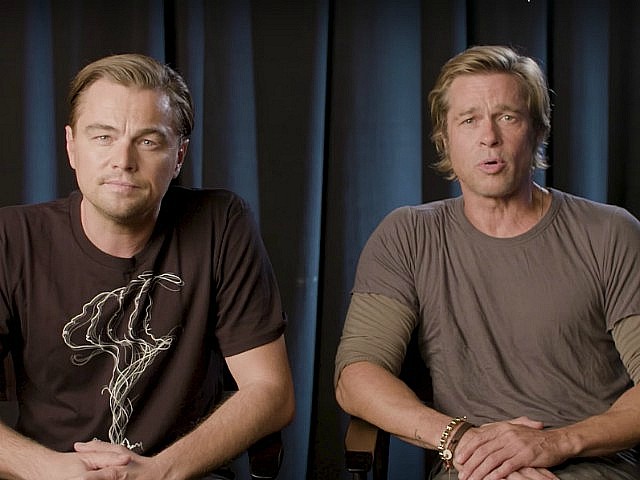 “The future of our country will be decided this week,” Leonardo DiCaprio says in the video. “Elections don’t just matter when voting for president. This election might be the most consequential of our lifetime.”

“So much is at stake, from gun safety laws, to immigration policy, clean water and air, and whether or not millions of people have access to health care,” the Django Unchained actor continued.

Brad Pitt and @LeoDiCaprio are urging all Americans to go beyond just voting on November 6th. Here’s how you can make a difference and change the future of our country. pic.twitter.com/r2gANn2zwm

“These issues will be decided from the House of Representatives, to the Senate, to dozens of governor’s races,” Brad Pitt said.

Footage of left-wing protest and immigration authorities detaining migrants flashed on the screen while the pair spoke. This video was produced by NowThis, a left-wing site that produces viral video for social media.

Both men have used their fame to promote liberal causes in the past. DiCaprio has been heavily involved in climate change activism, once referring to climate change as “the biggest problem that mankind has ever had to face.”

Meanwhile, Brad Pitt lamented before the 2016 election that he couldn’t bear the thought of a President Trump.

“I can’t bring myself to think that Trump will be in charge,” the 54-year-old said in September 2016, adding, “In the simplest terms, what brings us together is good, and what separates us is bad.”