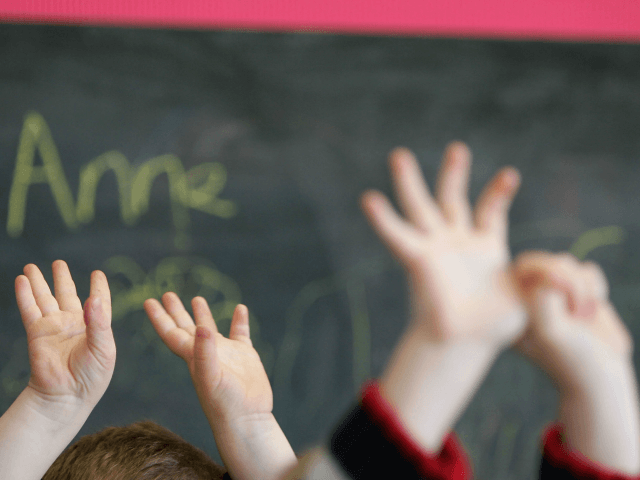 Elite elementary schools in Iceland are teaching boys to put on nail polish and give each other full body massages while girls are discouraged from crying to counter gendered behaviours.

Founded by self-described radical feminist Margrét Pála Ólafsdóttir, the 20 nursery and elementary Hjallastefnan schools in Iceland, which has a population of just 334,000, separate the girls’ and boys’ classes for the majority of the day, so that they can be taught to practice behaviours of the opposite sex.

Elementary school boys are taught to massage each other with lotion to learn how to have “gentle hands”, and are also taught to play at looking after babies with gender-neutral rag dolls.

“The dolls are only for the boys, the girls don’t need to practice this,” explained teacher Kristín Cardew to American broadcaster NBC News, while she was teaching a class on structured gender compensation work at one Hjalli school in Reykjavík.

Meanwhile, girls’ gender deconstruction lessons include climbing walls and trees. And while the activities are, according to one teacher, intending to empower women, the broadcaster noted that “crying is particularly discouraged and weeping girls are promptly told to stop.”

“People find this a bit ruthless but we’re making women weaker by not stopping them,” said Cardew, explaining that crying was an “extreme weakness” of girls.

If they do not actively put on behaviours of the opposite gender, they risk suffering episodes of what Hjalli teaching model founder Ms Ólafsdóttir calls “blue” and “pink” hazes, which if deemed negative behaviours must be discouraged in boys and girls respectively.

Speaking to euronews earlier in 2018, Ólafsdóttir called girls being stereotypically “considerate… nice and gentle” an example of a “pink haze”.

Boys “being noisy, independent, taking initiative and moving around a lot… that’s masculine or boyish culture. We call it the ‘blue haze’,” she added.

In the higher levels of education, gender studies is compulsory at 27 of the 33 high schools on the Nordic island nation.

Other Nordic nations have gone to extremes to ensure gender parity. In the winter of 2016, for example, “equality snow removal” was introduced in Stockholm, Sweden, prioritising cleaning sidewalks over roads as more women walked to work — resulting in the Swedish capital coming to a standstill, with road commuters affected by a sudden heavy snowfall.