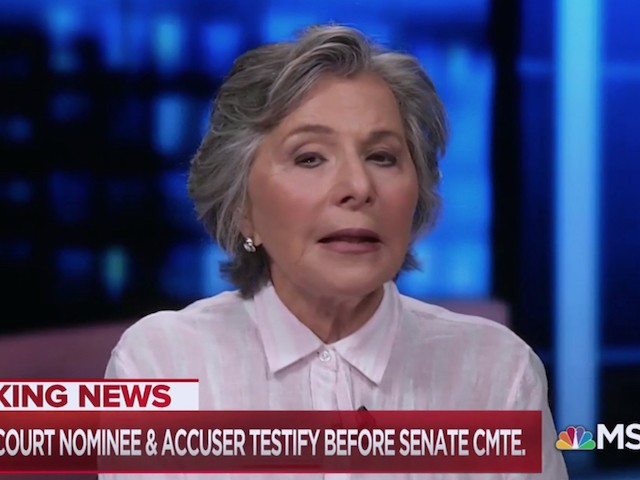 Boxer said, “Let me say, I think it was exhausting for everybody, and especially for women who have had this experience and for women who have had relationships with very angry men. And I think—I’ve listened to your commentary, I think you’re right, all of a sudden we see a man transformed from a choir boy who up until now has said after hours in front of the committee he lived this very perfect life, all of a sudden his anger is triggered and what we saw today is someone who you could now see attacking a woman. It is very frightening.”

She added, “I think your guest, who was so good, and said temperament is so important for who you put on the court. He not only showed the personality transformation. What do I think it will happen? We all know it is a few Republicans that hold this decision on their shoulders. I don’t know anyone who didn’t think that Dr. Ford was credible. And when she said I am 100% sure who this was, I believe her. It’s up to them. Do they believe her? And the last point I’ll make is if you are undecided, there is only one independent investigation, a FBI background check and frankly anyone who doesn’t support that doesn’t want to get to the truth and that includes Judge Kavanaugh.”