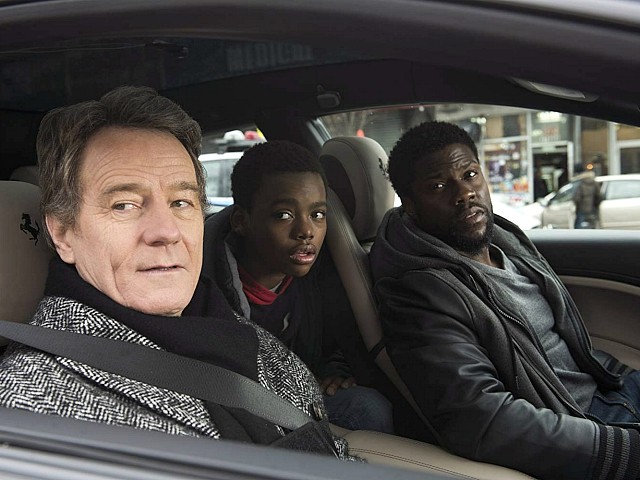 In its third weekend, the M. Night Shyamalan superhero thriller, Glass, pulled in an additional $9.2 million for the weekend and earned the top spot for the third weekend in a row. The additional sales bring the film’s global tally to almost $200 million. And with a budget of only $20 million, that must make Universal quite happy.

Despite being attacked from all sides for his old, purportedly “homophobic” jokes, A-list actor Kevin Hart’s The Upside is still earning big dollars in its fourth week coming in second place for this Super Bowl weekend. The drama, also starring Bryan Cranston, brought in another $8.85 million. The Upside has earned $75.6 million since its debut, easily returning its $37 million production costs.

In third place was the aforementioned debut of the action film, Miss Bala, featuring TV actress Gina Rodriguez of CW sitcom fame Jane the Virgin. Miss Bala is an Americanized remake of a brutally fast-paced and bloody Mexican drug cartel action film about an American citizen who goes to Mexico for a beauty pageant only to get caught up in the nasty business of a dangerous cartel. With a production tally of $15 million, the $6.6 million debut may seem a bit disappointing. But with the very soft theater attendance this weekend, perhaps Miss Bala will fill more seats by next weekend.

Still banging away in the top five is the amazingly popular Aquaman coming in at fourth place and earning another $4.78 million. The film now rates as DC comics’ biggest selling film yet, earning well over $1.106 billion worldwide.

Filling out the top five is the resilient Sony animated feature, Spider-Man: Into the Spider-Verse. The film pulled in an estimated $4.4 million this weekend bringing its total gross to more than $175 million.