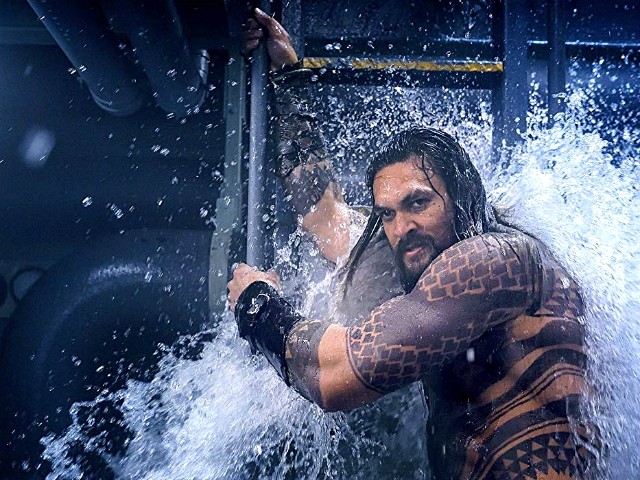 After a slow debut weekend, DC superhero flick Aquaman is awash with success hooking a record-setting $940 million worldwide haul at the box office.

Even while debuting as the number one film during the Christmas weekend, Aquaman started out as DC’s lowest-earning superhero film debut by far.

However, the film had already cast a wide net earning a massive $350.7 million in its overseas debut before it even hit the U.S. market. By its second weened at number one, the Jason Momoa-starring film added an estimated $51.6 million to its U.S. sales. And now, in its third straight weekend as the number one film in the U.S.A., that combined earning has climbed to $940 million worldwide making it a hit for DC, Box Office Mojo reported.

The fishman’s tale has met and is soon to surpass DC’s 2017 hit Wonder Woman and is the leading earner for DC in overseas markets since the Christian Bale-led Batman movies from the late 2000s.

Aquaman’s good fortune is no need to panic for Sony, though, because its psychological thriller, Escape Room, locked up the number two spot earning an estimated $18 million for its debut weekend. With an estimated budget of only $9 million, it seems that the horror film easily earned back its investment and won fans’ approval trapping an audience of equal numbers of male and female viewers aged over 25.

Disney’s Mary Poppins Returns, dropped in at third place but at a lower than forecast $15.77 million, off 44 percent for its second weekend in theaters. The weekend’s take brings the film to $138.7 million total to date. The film has earned an additional $120 million in overseas markets, but Disney did not expect such a large drop off in traffic in U.S. theaters this soon.

Swinging into an estimated fourth place is the popular Spider-Man: Into the Spider-Verse by Sony. The cartoon has added another $13 million to bring its domestic total to $133.8 million. Paramount’s Bumblebee, the sixth in the Transformers series of films, rumbled in just behind Spider-Man but only just under the wire taking $12.77 million for the weekend. That brings the giant robot flick’s earnings at home to $97.1million.

Finally, sticking in at number five is the Clint Eastwood drama, The Mule, earning another $9 million. That brings the brooding film’s domestic total to more than $81 million. Still, even as it stubbornly held among the top 5 films, The Mule was off 26 percent in viewership.