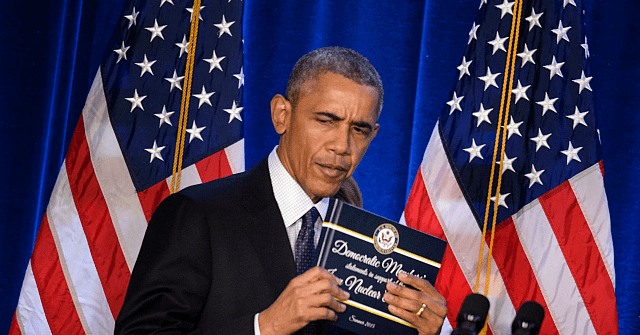 Following Iran’s proclamation that it would no longer abide by the terms of its nuclear deal (JCPOA), Prime Minister Boris Johnson has called for a “Trump Deal” to replace the failed Obama era agreement.

“President Trump is a great deal maker, by his own account and by many others’. Let’s work together to replace the JCPOA and get the Trump deal instead”, Johnson said.

“From the American perspective, it’s a flawed agreement, it expires, plus it was negotiated by President Obama. From their point of view it has many, many faults,” he explained.

“I don’t want a military conflict between us, the United States and Iran, let’s dial this thing down.”

Trump to Europe: Iran Attack Means You Must Step Up https://t.co/dr1zEpF9NP

Earlier this month Iran formally announced that it would no longer abide by the terms of the deal negotiated by the Obama administration in 2015, in which the United States delivered $1.7 billion in cash to it.

The Islamic Republic claimed that all of its actions across the Middle East have been in line with the JCPOA, bolstering President Trump’s assertion that the deal was inadequate to prevent its theocratic regime from sponsoring terrorism throughout the region and working to acquire nuclear arms.

Last week the government of the United Kingdom signalled that in light of Iran’s recent proclamations, Britain may pull out of the Iran nuclear deal — following the lead of President Trump, who exited the deal in 2018.

“We’ve obviously been committed to the JCPOA, but we’ve reached a point where non-compliance has been so acute in the most recent steps taken by Iran that obviously we’re going to be looking very hard at what should happen next… We want to see Iran come back to full compliance.” said British Foreign and Commonwealth Secretary Dominic Raab.

President Trump has called upon the governments of the United Kingdom, Germany, France, Russia, and China to abandon the “very defective” deal.

“They must now break away from the remnants of the Iran deal -– or JCPOA –- and we must all work together toward making a deal with Iran that makes the world a safer and more peaceful place. We must also make a deal that allows Iran to thrive and prosper, and take advantage of its enormous untapped potential. Iran can be a great country”, he said.