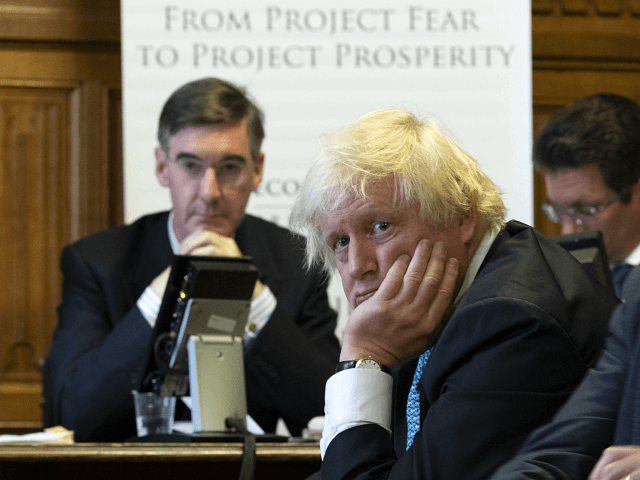 Leading Brexiteer Boris Johnson has again weighed in on Theresa May’s Chequers plan for Brexit, describing proposals for Britain to collect customs duties on the EU’s behalf as “an absolute humiliation”.

The former Foreign and Commonwealth Secretary and two-time Mayor of London resigned from Mrs May’s Cabinet shortly after former Brexit Secretary David Davis over the plans, which he believes will reduce the United Kingdom to “colony status”.

He has been particularly critical of the Prime Minister’s concessions to Brussels of the adoption of a so-called ‘common rulebook’ — identical to the EU rulebook, as interpreted by the European Union’s court — and her proposal to collect customs tariffs on the bloc’s behalf in order to maintain ‘frictionless’ trade — effectively scotching Britain’s chance to reclaim an independent trade policy.

Johnson has returned to this theme in his most recent Telegraph column, citing the possibility of the EU interfering with sales of a future all-electric car developed in Britain but manufactured in Singapore by Brexiteer entrepreneur Sir James Dyson — “it doesn’t look as if this Government made any effort – unlike the Singapore government – to persuade the Brexiteer inventor to do otherwise,” he observes — as an example.

“What is there to stop the European Commission from deciding that there is something about the Dyson EV that means it should attract a higher tariff?” he asks.

“British consumers will be in the humiliating position of being forced to pay more for a product in the UK domestic market – and to send that tax to Brussels – when Britain has no say whatsoever in setting that tariff. That isn’t taking back control. It is losing control. It is an absolute humiliation, and it is quite incredible that the world’s fifth biggest economy is willing to sign up for it.”

“It cannot be repeated too often that under the Chequers proposals for ‘ongoing harmonisation’ and a ‘common rulebook’ this country is offering Brussels (and the powerful European industrial interests behind the Commission) the chance to control huge chunks of UK industry, to stifle innovation, to run our trade and commercial policy, to collect UK taxes – and with no British voice round the table to raise even a peep of protest,” he continues.

Here again, he cited Sir James Dyson, whose innovative products were subject to hostile EU regulations widely accepted as having been passed at the behest of lobbyists for powerful German legacy corporations.

Johnson was widely seen as the hot favourite to lead a Brexiteer leadership challenge against Theresa May, but the long delay in pulling the trigger has seen MPs transfer their hopes to David Davis, who it is hoped could take over on a caretaker basis.

With the Brexit deadline fast-approaching, however, it is looking increasingly unlikely that a Brexit-led Cabinet would have much scope to achieving anything other than somewhat greater preparedness for a ‘No Deal’ scenario.