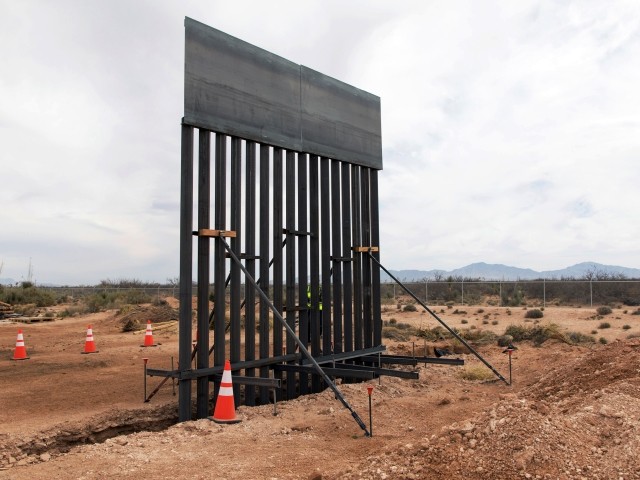 Border Patrol officials in the El Paso Sector announced that construction of a new section of border wall began on Saturday. The new four-mile section of road will replace existing fencing near downtown El Paso.

West Point Contractors from Tucson, Arizona, won the contract to build this newest section of international border barrier for U.S. Customs and Border Protection. The new wall will begin just west of the Paso Del Norte international bridge and extend about four miles to the east. Plans include removing the existing fencing and replacing it with an 18-foot high bollard wall. The project is expected to cost about $22 million and will be completed in late April 2019, officials stated.

A crucial feature of the bollard-style wall is the ability for Border Patrol agents to see through the wall. “The bollard design wall has proved beneficial to the Border Patrol to detect illegal entries and the smuggling of narcotics into the United States by providing situational awareness of activity south of the wall,” officials stated.

Hull said it will enable his sector to make more efficient use of its agents in this area and in other areas of the El Paso Sector.

At least five illegal aliens have lost their lives during attempts to illegaly enter the U.S. this year, according to the Missing Migrant Project.

The El Paso Sector wall is being built under the authority of President Donald Trump’s Executive Order 13767.