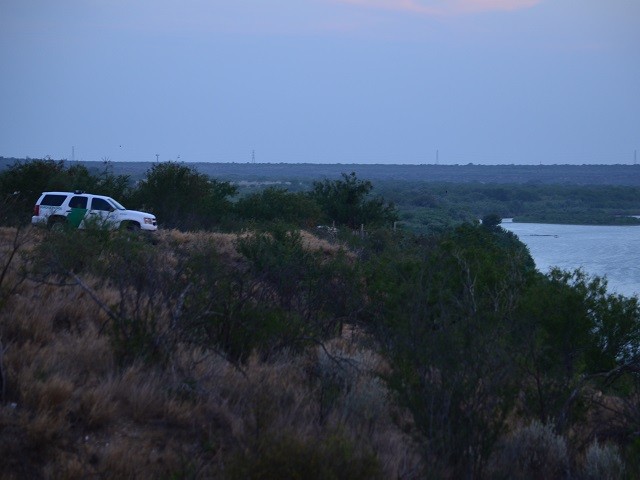 The wife of a Texas-based Border Patrol agent invited Speaker Nancy Pelosi to visit the border to see for herself why walls are needed.

“We would like to show you around! You don’t need to bring any security detail. Our husbands/significant others are actually very good at their jobs, thank goodness!” Jill Demanski, the wife of a Texas-based Border Patrol agent wrote in a letter to Speaker Pelosi. She told Fox News she wrote the letter because she felt Pelosi needs to see this area of the border in person in order to make an informed decision about border security funding.

“We would also appreciate if you’d stop pretending that you care about federal workers,” she continued. “If you did, you would care for their safety, not just their paychecks. We can hold out a while longer if it means our husbands and communities are safer.”

She emphasized that elected representatives should meet with the agents on the ground to get a more accurate understanding of the need for physical barriers and to see the actual work being done by their husbands.

Another Border Patrol wife, Renea Perez, joined Demanski on Fox & Friends Monday morning, saying, “It is definitely needed. We just want them to come down there on the line and actually see where the whole argument is about.”

The wives of Border Patrol agents endured weeks of their husbands going to work and putting their lives on the line while they were not being paid during the partial government shutdown that ended late last week. She said she was glad Demanski wrote the letter to Pelosi.

“It was kind of written in a time of high emotion. It’s been tough, and at times we have felt like nobody cared about us families, about our agents,” she said. “Bills don’t stop, so we were feeling like we were forgotten.”

Demanski said the border wall is not a Trump issue and that Border Patrol agents have been asking for the barriers along the border for years.

“We finally have a president that has come here and seen firsthand the need for it, and has had our back,” she said on Fox & Friends on Monday. “You can support a wall without being a supporter of Trump.”