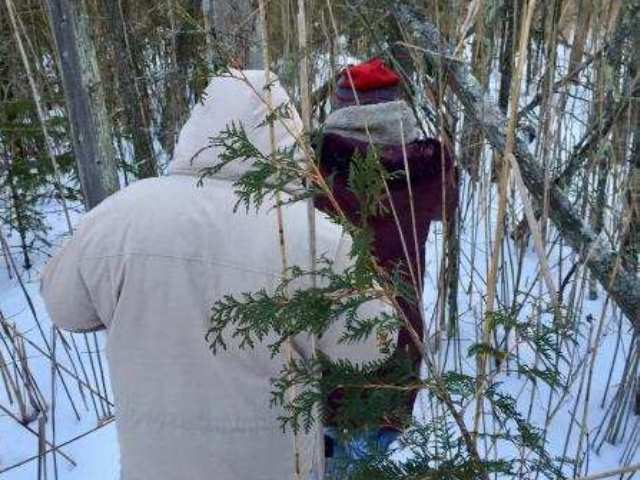 Agents assigned to the Champlain Station came across two sets of footprints while patrolling along the international border with Canada on snowmobiles on the afternoon of January 26. The footprints indicated that two people had illegally crossed the border from Canada into northern New York near the border town of Mooers. The agents began an immediate search as weather conditions became life-threatening, according to information obtained from U.S. Customs and Border Protection (CBP) officials.

The area where the two illegal immigrants crossed the border consists of thick woods and swamps, officials stated. The agents quickly determined from the footprints that the two migrants became lost in the trees. After searching for about two hours, the agents tracked down the pair of migrants who had only made it three-quarters of a mile from the border. Agents reported that the migrants did not have gloves or proper clothing for the hazardous conditions. By this time, evening was approaching and temperatures were falling, officials said.

One of the Border Patrol agents gave the woman his gloves. The agents provided the man chemical hand-warming packets.

The two migrants admitted to the agents that they had illegally entered the U.S. form Canada and that they were citizens of Mexico. The agents placed the pair in custody and quickly removed them from the dangerous weather conditions.

After transporting the two Mexican migrants to the Champlain Station, agents conducted a medical evaluation and a records check that includes a biometric background investigation. Agents suspected the woman might be suffering from frost-bite and transported her to a local hospital for treatment. Doctors treated the woman and later released her back to the custody of Border Patrol agents.

The records check revealed that immigration officers previously removed Roberto Jimenez from the U.S. last year through a port of entry in Laredo, Texas. He is now facing felony charges of illegal re-entry after removal. Prosecutors charged Anita Jimenez with a misdemeanor immigration violation. Officials said both migrants will be deported to Mexico following the conclusion of their criminal cases.

“I am proud of the dedication these agents showed in extremely cold conditions preventing these two illegal aliens from harm,” Champlain Station Patrol Agent in Charge Norm Lague said in a written statement. “There was an extremely high likelihood that this illegal entry could have resulted in a tragedy.”