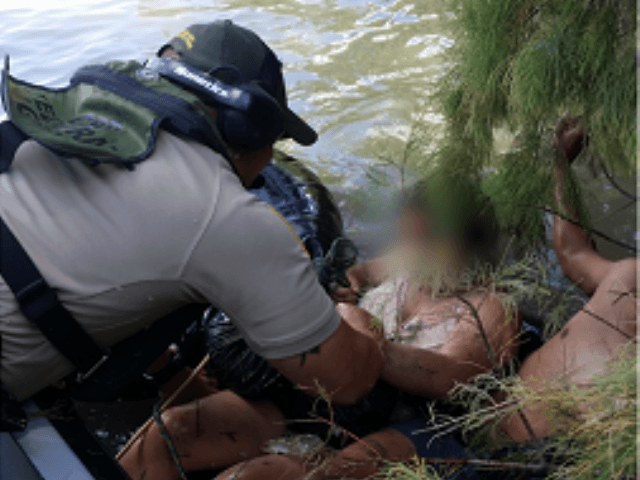 Border Patrol agents rescued a Central American migrant from possibly drowning in the Rio Grande River that separates Texas and Mexico. The migrant was part of a larger group who were illegally crossing into Texas.

McAllen Station agents patrolling near Mission, Texas, encountered a group of Central Americans who had just crossed the border illegally from Mexico into Texas. As the agents attempted to take the migrants into custody, one fled and attempted to swim back to Mexico, according to Rio Grande Valley Sector Border Patrol officials.

As the migrant began swimming into deeper waters, he began to have trouble staying afloat in the current. As he struggled, an agent quickly responded by throwing a rescue disc to the distressed migrant. The agent pulled the man to safety on the U.S. side of the river, officials stated.

A Border Patrol agent trained as an Emergency Medical Technician assisted the migrant with basic medical assistance and evaluation. He then called for an ambulance to take the man, later identified as a Honduran national, to a local hospital for treatment and further evaluation.

As of November 5, 344 migrants have died either attempting to cross the border illegally from Mexico or while being smuggled into the U.S. interior, according to the IOM Missing Migrant Project. Of those 344 deaths, 207 occurred in Texas, the group states. Deaths in the Rio Grande Valley Sector accounted for more than 170 of the reported deaths — about 50 at or near the Rio Grande River.

Human smugglers connected to Mexican drug cartels will frequently abandon migrants who become too week to keep up — leaving them to die in the river or on arid ranches near the border or Border Patrol checkpoints, officials previously told Breitbart News.