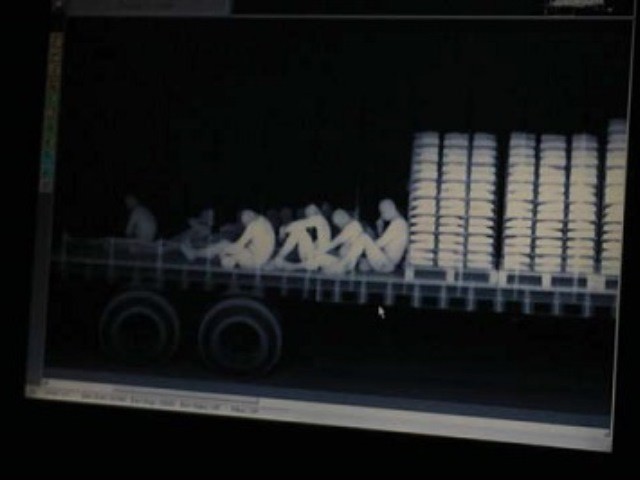 Agents assigned to the Interstate 19 Immigration Checkpoint on Monday night observed a refrigerated tractor-trailer approaching for inspection. The agents identified the driver as a 47-year-old Mexican national and referred him to a secondary inspections station after a K-9 agent alerted to the possible presence of drugs or human cargo, according to Tucson Sector Border Patrol officials.

During a non-invasive secondary inspection, agents observed what appeared to be a group of humans hiding inside the trailer. The agents opened the trailer and found two Guatemalan nationals and 16 Mexican nationals stashed inside. The migrants ranged in age from 15 to 40-years-old, officials stated.

Agents reported that the temperature inside the trailer was approximately 36 degrees.

Officials did not disclose if any minors were traveling unaccompanied or if they were with family members.

That same evening, agents assigned to the Federal Route 15 immigration checkpoint arrested two U.S. citizen females after finding two migrants locked in the trunk of their Nissan Maxima. The discovery followed a Border Patrol K-9 agent alerting to the possible presence of drugs or human cargo in the rear of the sedan.

During a search of the trunk, the Casa Grande agents found two Guatemalan men (ages 19 and 35) locked inside the trunk.

The agents arrested the two U.S. citizen females, seized the Maxima, and processed the two Guatemalans on immigration violations.