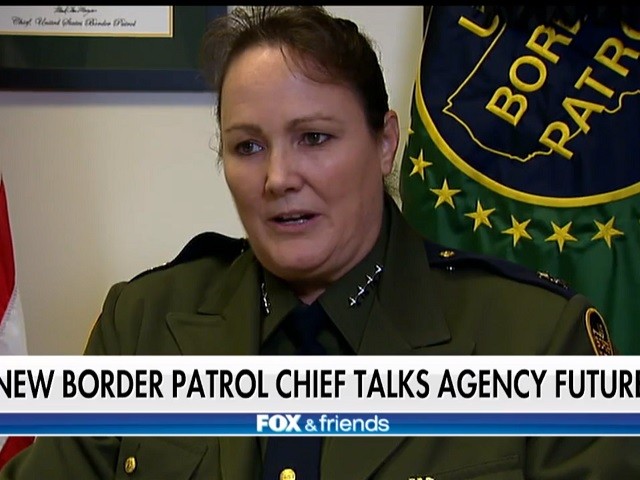 Speaking Monday on “Fox & Friends,” Carla Provost, the chief of United States Border Patrol, defended her agency’s use of tear gas on illegal aliens at the border over the weekend.

Provost shot down the idea that Border Patrol agents used the tear gas on the migrants solely because they were trying to enter the country, explaining it was because her agents “were being assaulted” with rocks and bottles.

“Our agents were being assaulted,” Provost said. “A large group rushed the area and they were throwing rocks and bottles at my men and women, putting them in harm’s way, as well as other members of the caravan. We needed to disperse the group, and with that assaultive nature, it was imperative that we dispersed them from the area.”

Provost went on to say that Border Patrol is working with its partners in Mexico to provide safety for “both communities.”

“We have a shared border and, of course, a shared concern for the safety and the security of both communities,” she shared.