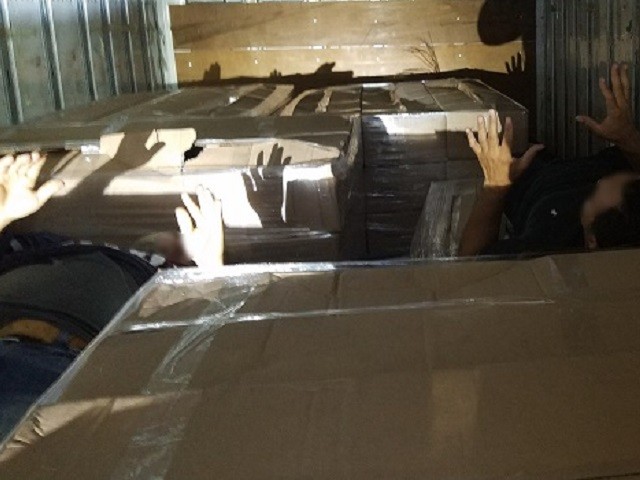 Agents assigned to the Hebbronville Station on Monday observed a white pickup truck in an area known for human smuggling. As the agents approached the vehicle, it quickly came to a stop and a large number of people bailed out and fled into the brush, according to Laredo Sector Border Patrol officials.

The agents carried out a search of the area and recovered 11 illegal immigrants, officials stated. Following an immigration interview, the agents learned the migrant group included five Mexican nationals and six Guatemalans. One unaccompanied minor was also found.

The agents were unable to locate the driver, but seized the vehicle.

One day earlier, Zapata Station agents received a request for assistance from a Texas Department of Public Safety trooper who had a vehicle he planned to stop for suspicious activity. As the agents arrived on the scene, the vehicle, a 2006 Chrysler 300, failed to yield, leading the trooper and agents on a vehicle pursuit, officials stated. When it finally stopped, the driver and the passengers attempted to flee into the nearby brush.

The agents carried out a search and found the driver, a U.S. citizen, and six illegal immigrants. The agents arrested the driver and arranged for the migrants to be transported to a local hospital for evaluation. They will be processed for immigration violations after being medically cleared, officials reported.

Hebbronville Station agents apprehended seven more migrants on November 4 after receiving a tip about “illicit activity” on a ranch near Bruni, Texas. The agents arrived on the scene and began tracking footprints. The agents caught up with the group of seven and took them into custody.

Officials determined one was the smuggler, a U.S. citizen. Agents identified the other six from Mexico and Ecuador, officials reported.

Finally, on November 2, agents assigned to the Interstate 35 checkpoint observed a tractor-trailer approaching. The agents referred the driver to a secondary inspection station. Agents found six migrants from Brazil and Guatemala.

Agents arrested the driver on suspected human smuggling charges and placed the six illegal aliens in custody. They will be processed for immigration violations. Officials reportedly seized the tractor-trailer.