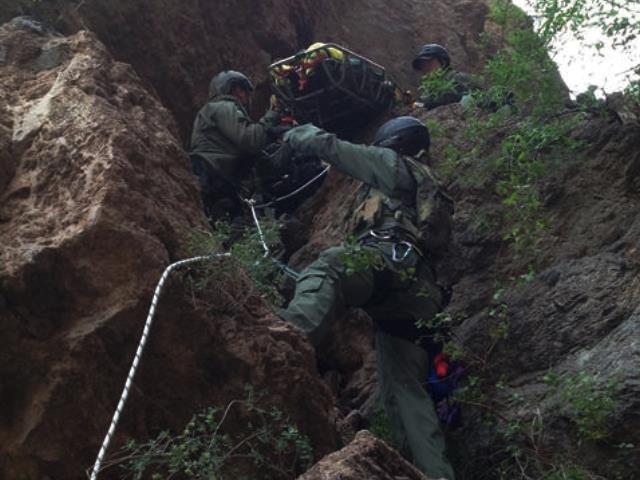 Border Patrol agents carried out more than 4,300 rescues of illegal immigrants along or near the U.S. border with Mexico during Fiscal Year 2018, CBP officials reported on Friday. This is up from more than 3,400 the prior year.

Border Patrol agents rescued migrants from life-threatening situations 4,311 times in Fiscal Year 2018, which ended on September 30, a CBP official told reporters during a Friday morning conference call about the death of the seven-year-old Guatemalan girl this month. This is an increase of more than 26 percent over the previous year’s 3,417 rescues.

During the first two months of Fiscal Year 2019, which began on October 1, The number of rescues jumped 74 percent over the same period last year, the official stated.

The rescues range from helping migrants who are in danger in one of the waterway boundaries between Mexico and the U.S., to saving their lives when human smugglers abandon them on vast ranches in South Texas or the deserts of Arizona. They also include migrants who are packed like human cargo in the back of tractor-trailers and other commercial trucks.