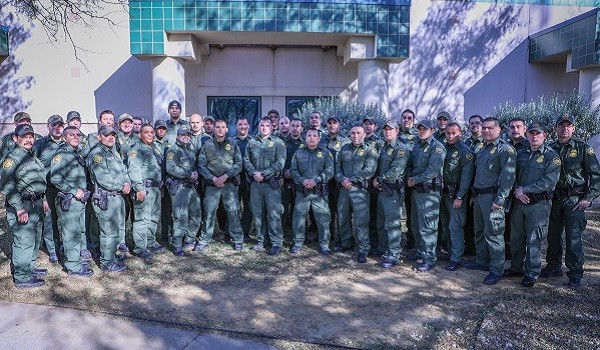 The 42 MRT agents from the Laredo Sector are traveling to San Diego, California, where U.S. Customs and Border Protection’s border security capabilities are being challenged by the Central American migrant caravans, officials stated. The MRT provides the San Diego Sector with additional resources and flexibility to “counter the emerging, changing, and evolving threats” along the southwest border.

Laredo Sector officials said members of the MRT receive rigorous training to provide the agents the ability to handle the physically tasking operations in harsh and austere environments.

With 170 miles of completely unsecured border, the Laredo Sector has its own challenges in providing border security for South Texas. During October, Laredo Sector agents apprehended 3,429 migrants who illegally crossed the border between ports of entry, according to the CBP’s Southwest Border Migration Report. Those included 121 family units, 268 unaccompanied minors, and 75 Bangladeshi nationals. These numbers are up from the previous October when Laredo Sector agents apprehended 3,350 illegal aliens.